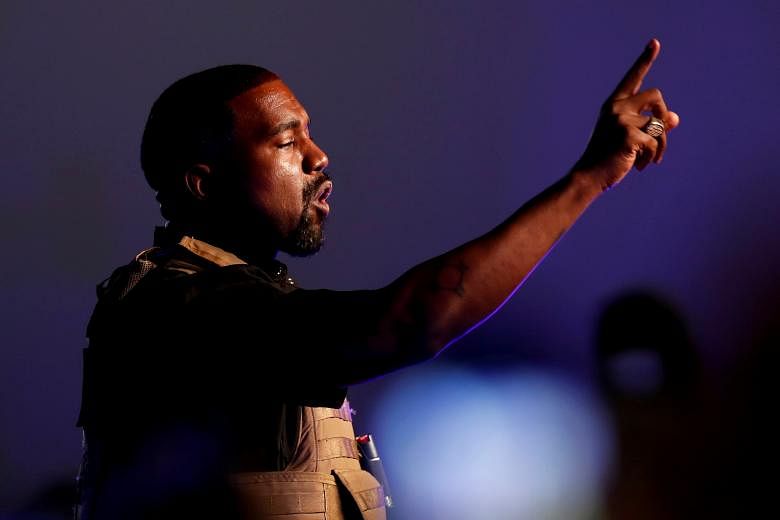 NEW YORK (AFP) – The mercurial Kanye West anticipates travelling to Moscow later this year, according to Billboard, a trip that will see him hold a Sunday Service performance and meet with President Vladimir Putin.

“He will be spending a lot of time” in the country, Sudan told Billboard, saying it will be “a second home” for Ye, who legally changed his name last year.

The rapper’s Sunday Service shows are church-esque concerts featuring gospel choirs that he began holding in 2019.

Ye, 44, is no stranger to questionable forays into the political world, having launched an unsuccessful bid for the American presidency in 2020 as an independent candidate of the Birthday Party.

In 2018, he met with then-president Trump for a surreal tete-a-tete that included a hug between the two and an on-camera rant.

Neither the prospect of travel restrictions nor potential criticism over building ties in Russia would deter Ye, according to Sudan.

“Kanye knows what’s going on more than the average human being, he’s well aware of things. And it’s nothing against the United States or to cause conflicts, but Ye is Ye – he can’t be controlled,” Sudan said.

“This is Ye, Ye is going to get there regardless. What are they going to say?”