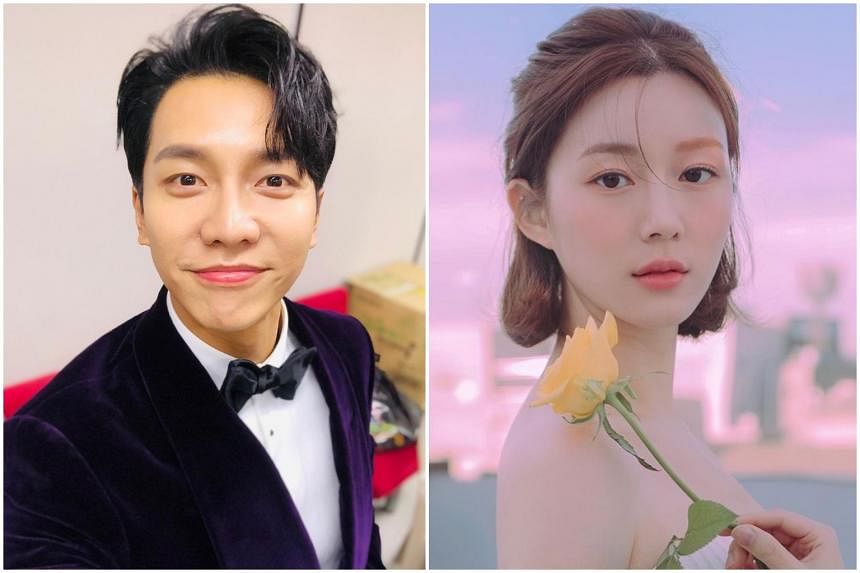 SEOUL – South Korean heart-throb Lee Seung-gi has broken his silence on his relationship with actress Lee Da-in, denying rumours that he has broken up with her.

Their relationship came to light after a media outlet reported in May 2021 that Lee Seung-gi, 35, and Lee Da-in, 29, had started seeing each other in late 2020.

However, some of Lee Seung-gi’s fans objected to the relationship as they were concerned that his clean-cut image would be affected as Lee Da-in’s family was allegedly involved in a financial scandal.

Lee Seung-gi, who marked his 18th anniversary in show business on Sunday (June 5), addressed his fans in a post on his official website, which is restricted to members of his fan club.

The singer-actor, who has starred in K-dramas such as A Korean Odyssey (2017 to 2018) and Vagabond (2019), wrote: “First of all, I thought emotional words could undermine the clarity of my thoughts. I was afraid it would only leave a bigger and deeper wound,” he wrote in Korean, which was translated into English by entertainment site Allkpop.

“Secondly, I was afraid communication between us could be easily distorted by the outsiders and result in even more rumours and gossip. So please understand why I have not released any statement despite continued requests from some of you.”

Rumours of a break-up have surfaced from time to time, but Lee Seung-gi refuted them indirectly in the post. He said there has been no change in his status or stance since his relationship was made public one year ago.

“I apologise if this made you feel cold-shouldered,” he wrote, hinting that he would continue with the low-profile relationship. “Please blame my shortcomings as I ask for your understanding.”

In May, Lee Seung-gi had posted on Instagram seven photos with the caption: “2022 Art Busan”.

He was seen in one of the photos wearing a face mask and taking a photo in front of a mirror.

Lee Da-in, who acted in the TV series Alice (2020), shared a video the next day of her sitting on a white bench, with the mirror in the background similar to the one in Lee Seung-gi’s photos.