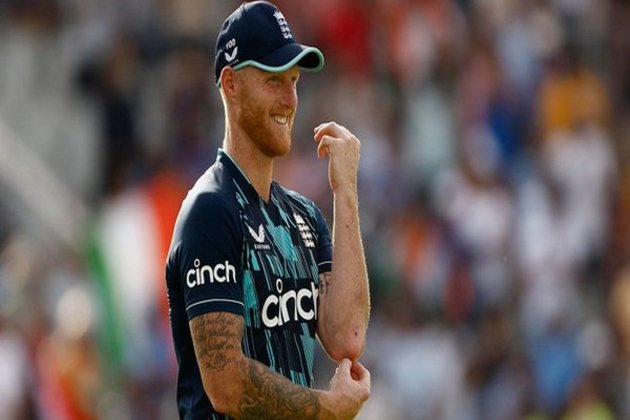 London [UK], July 25 (ANI): England skipper Jos Buttler is confident that the senior players in the side will step up to cover for the loss of all-rounder Ben Stokes after he announced his retirement from the format.

Buttler’s reign as England’s white-ball captain has got off a shaky start as he is still waiting for his first series win. The third and final ODI against South Africa was stopped due to rain on Sunday.

He replaced Eoin Morgan as the skipper in white-ball cricket following his retirement from international cricket in June. The team faced another heavy blow just days later after Stokes announced that the series opener between England and South Africa will be their final ODI game.

England lost their final game with Stokes by 62 runs and the star all-rounder could not take any wicket and scored only five runs with the bat. They claimed the victory in next ODI by 118 runs. But the final ODI was called off only after 27.4 overs of action at Leeds.

Asked about how his team would cover for the loss of Stokes, Buttler was quoted by Sky Sports as saying, “We have to be realistic with where we are as a team in the ODI format. It is about building towards that World Cup in India [in 2023]. What will we need in the conditions out in India?. We have had a bit of change in the recent past, but we have also got a lot of very experienced players as well, who are natural leaders in the team anyway.””It is about drawing a line in the sand, looking forward to that next World Cup and building a team to try and win it. When you lose a genuine all-rounder in Ben you are probably always going to feel short in either batting or bowling. Now we have time to work out which way we want to go and give guys an opportunity to stake a claim for that place,” he added.

Buttler has a lot of games to play before the World T20 tournament in Australia in October this year. The three-match T20I series with South Africa is the first of 13 internationals that England will play ahead of the start of the tournament.

The first T20I will take place on Wednesday.

“Hopefully they are going to be some great matches. Looking at some of the grounds we are playing at, there should be some really high-scoring games as well, which will be exciting.””I think some of the batters are hoping for some really good wickets, as we have had some challenging white-ball conditions this year, whereas England in recent years has generally been very favourable for batting. That has been a good learning curve.””With a World Cup just round the corner, we have guys trying to stake a claim for a place in that 11,” he concluded.

However, Buttler has expressed his frustration with the amount of international cricket being played, saying that it has limited the impact he has been able to make as a skipper.

“It is tough. A lot of the time around training is when you do your best work, away from the pressures of the game, having good conversations and having a feel for where the group is at. To get the highest standard of cricket possible, you need to prepare properly. Hopefully that is something we can look at going forward,” he said.

“As a new captain, just having that time to bed in and do that work around your players and with your coaches. That has been a frustration to be truthfully honest – it would be nice to have that time to do the work. But we do not, so you just have to adapt and find the best way. It has been a good challenge,” he added. (ANI)