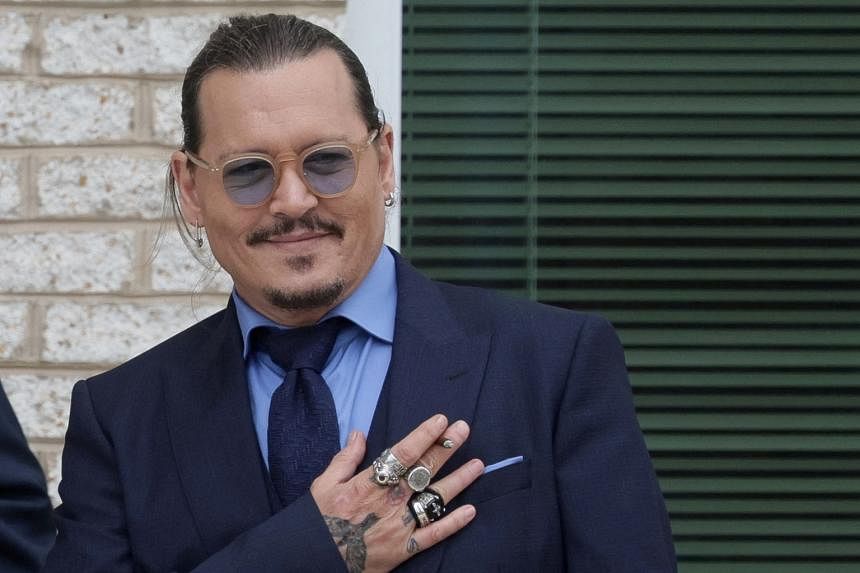 LOS ANGELES – Actor Johnny Depp made his TikTok debut on Tuesday (June 7), a week after winning a defamation lawsuit against his ex-wife, actress Amber Heard.

His first video, which featured him waving to fans, playing the guitar on stage and typing on a typewriter, swiftly attracted more than 6.2 million views within six hours.

This was perhaps unsurprising, given that TikTok videos of the trial were trending on the social media platform, with many of his fans using them to voice support for the Pirates Of The Caribbean star.

Even before the 58-year-old had uploaded any content, the verified account had already attracted close to 4 million followers. It has 5.4 million followers as of Wednesday morning and the number has been climbing.

He wrote in the caption, addressing his supporters: “We’ve been everywhere together, we have seen everything together.

“We have walked the same road together. We did the right thing together, all because you cared.”

He added: “And now, we will all move forward together. You are, as always, my employers and once again I am whittled down to no way to say thank you, other than just by saying thank you. So, thank you.”