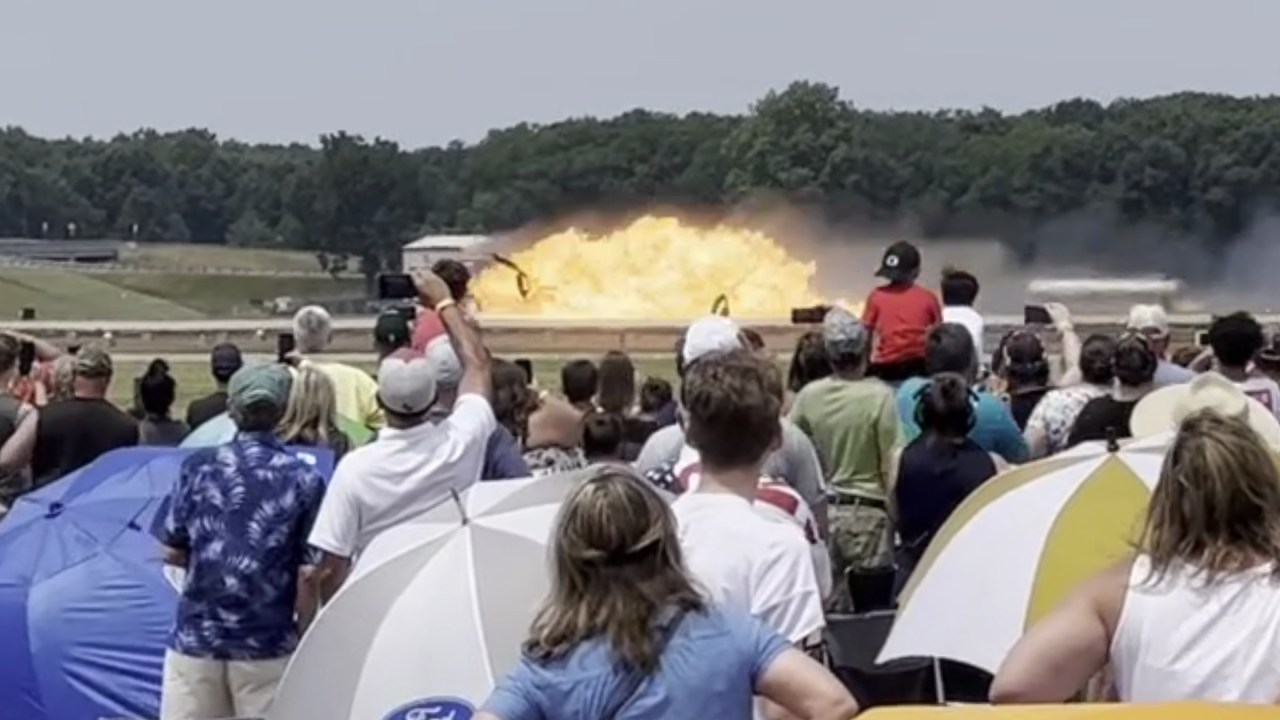 BATTLE CREEK, Mich. (WOOD) — A truck driver of a jet truck died in an accident at an air show in Battle Creek Saturday afternoon.

It happened around 1:10 p.m. at the Battle Creek Executive Airport during the SHOCKWAVE Jet Truck pyrotechnic portion of the air show, according to the Battle Creek Police Department in a release.

Drivers and pilots were performing Field of Flight activities, where trucks race over 300 mph down the airport runway. During this maneuver, the jet truck flipped off the runway and burst into flames while racing two planes.

The driver of the truck died in the crash. Police identified him as 40-year-old Chris Darnell.

Several witnesses told News 8 described an explosion and then fire coming from a truck at the time of the crash.

The air show performances were cancelled for the rest of Saturday, but will return Sunday. Other Saturday evening activities will continue as scheduled. All activities planned for Sunday and Monday will resume as normal.