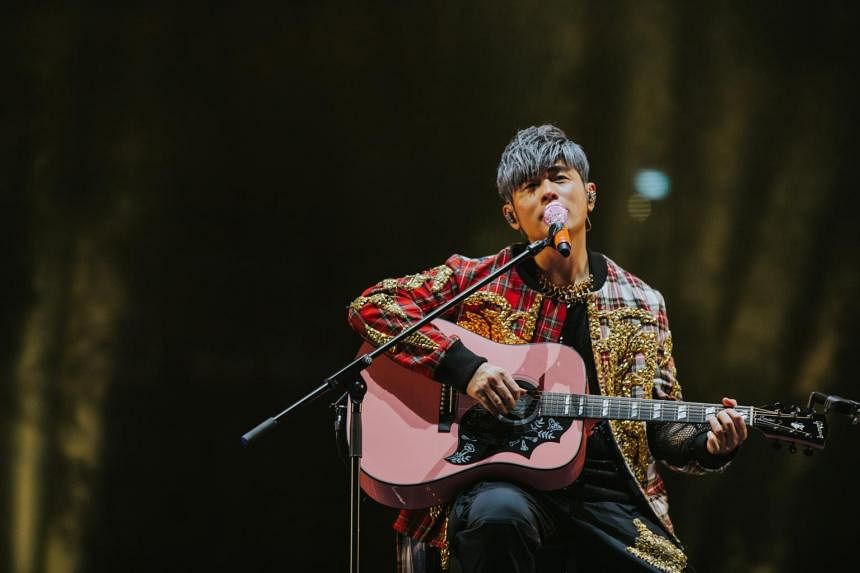 SINGAPORE – Taiwanese super star Jay Chou will bring his Carnival World Tour back to Singapore on Dec 17 and 18, 2022, at the National Stadium.

Ticketing details will be announced at a later date.

The Mandopop king last performed at the same venue for the same tour in January 2020, shortly before the Covid-19 pandemic shut down large-scale live entertainment. During those shows, he sang hits such as Simple Love and Sunny Day.

The tour celebrates the star’s more than 20 years of achievement in the music industry. He had released his debut album Jay in 2000.

The capacity limit for mask-on events of more than 1,000 people has been increased to 75 per cent since March 29. The National Stadium could seat up to 55,000 people in pre-Covid-19 times.

Chou’s upcoming show is organised by G.H.Y Culture & Media. Its spokesman said: “We are very excited about Jay Chou’s return to the Singapore stage where fans can enjoy his world-class performance, in-person again after over two years. We look forward to reuniting fans with a phenomenal live concert experience and celebrating Jay Chou’s music together.”

Mr Lionel Yeo, chief executive officer of the Singapore Sports Hub, an integrated sports, entertainment and lifestyle hub which includes the National Stadium, said: “Singapore Sports Hub has welcomed many international artistes over the years and we are pleased to be playing host to Jay Chou and his fans again as more live mega concerts return to Singapore’s iconic National Stadium.”