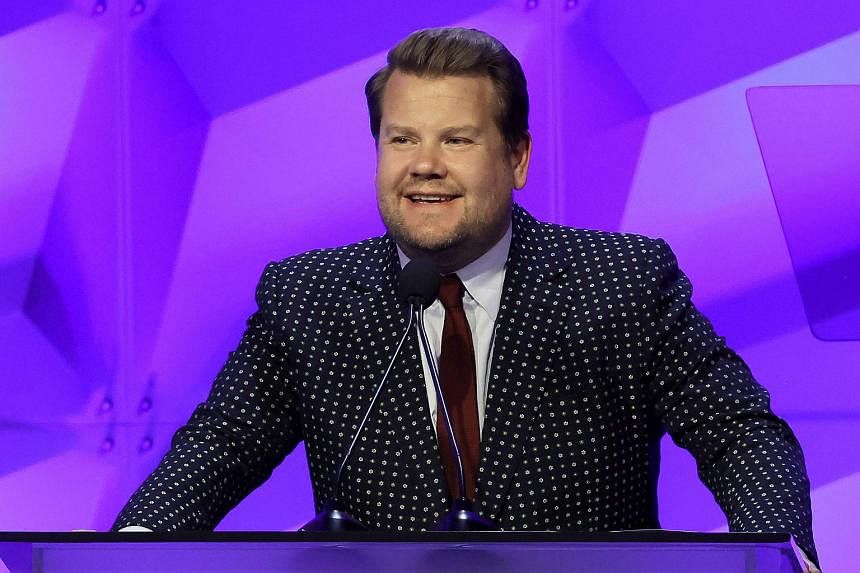 LOS ANGELES (NYTIMES) – James Corden, a British theatre actor and comedian turned late-night TV host in the United States, said that he would leave his 12.30am nightly show on CBS network next year.

Corden made the announcement during a taping of his talk show in Los Angeles on Thursday (April 28).

Corden, the host of The Late Late Show since 2015, has been signalling for some time that he was strongly considering leaving the show.

Five months ago, Corden, 43, told Hollywood trade publication Variety that he never saw his late-night perch as “a final destination”.

In a previous interview with British tabloid The Sun, Corden said he and his family were “homesick.”

Corden’s contract was set to expire in August, but he signed an extension that will keep him on CBS through next spring.

“We wish he could stay longer, but we are very proud he made CBS his American home and that this partnership will extend one more season on The Late Late Show,” Mr George Cheeks, the president of CBS, said in a statement.

Corden’s impending departure is one of the most significant changes for the late-night comedy lineup since 2014 and 2015, when veteran hosts like David Letterman, Jay Leno and Jon Stewart left their shows, and a new generation of stars, including Corden, Comedy Central’s Trevor Noah and HBO’s John Oliver, went on the air.

There is a feeling of uncertainty in late night beyond Corden’s departure.

Mr Chris Licht, the longtime executive producer of The Late Show With Stephen Colbert, left in March to become chair of CNN. And Jimmy Fallon’s Tonight Show recently went through yet another showrunner change, the fourth in four years.

There are questions throughout the entertainment industry over the longtime viability of the late-night talk show genre. Over the past few years, as viewing habits have rapidly changed, ratings for the shows have nose-dived.

Five years ago, roughly 2.8 million people were tuning into Corden’s show as well as NBC’s 12.30am show, Late Night With Seth Meyers. By 2022, that figure had dropped to about 1.9 million, according to Nielsen’s delayed viewing data.

Talk shows – which depend on topical relevance and audiences who make it a daily habit to tune in – have also not fared well on streaming services like Netflix and Hulu.