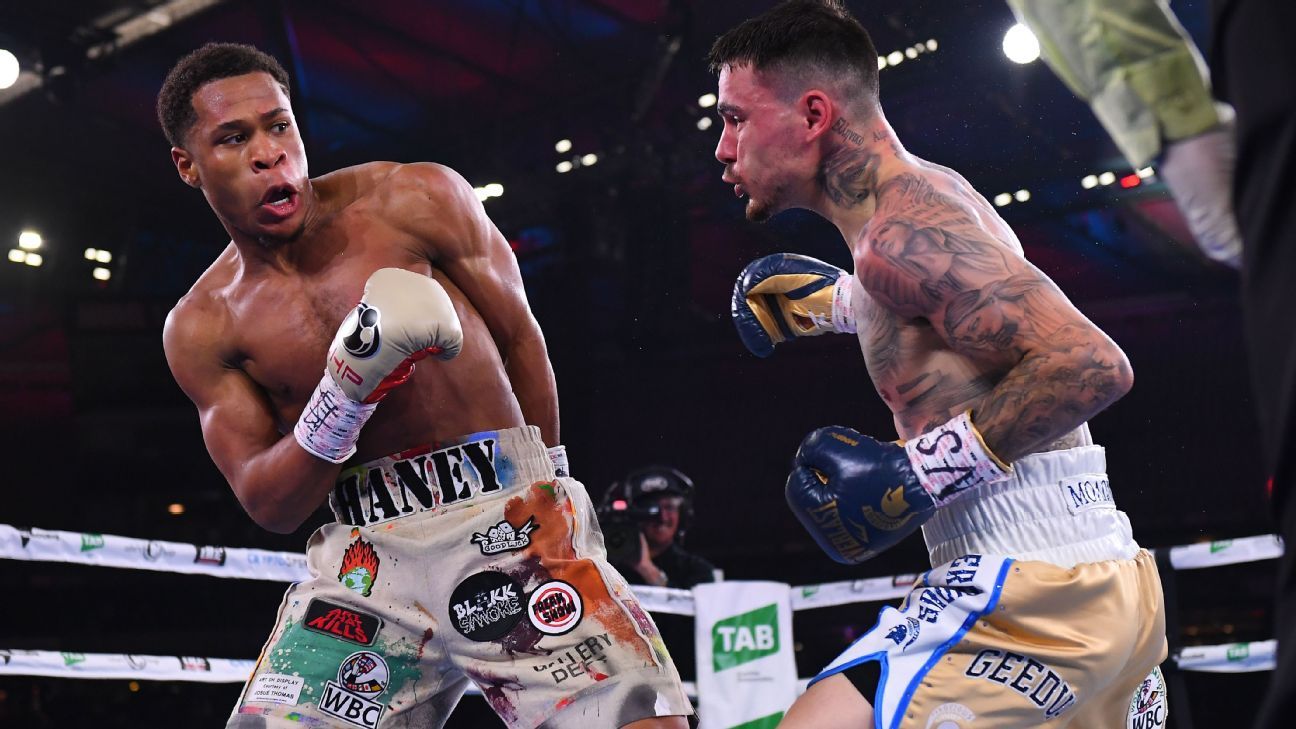 The lightweight championship boxing match between Devin Haney and George Kambosos had plenty of drama before the bout even began Sunday at Marvel Stadium in Docklands, Australia.

Kambosos, who entered the fight holding the WBO, WBA, IBF and The Ring titles, initially failed to make weight, and Haney took advantage of the opportunity to do some trash talking.

“I mean, he’s sucked up, he’s dry. I don’t know, it is what it is. We’ve still got to go in there and fight. But I’m a true champion, and true champions make weight,” Haney said.

Despite the hiccup, the Australian-born fighter met the 135-pound limit less than two hours after the first weigh-in.

Haney, a San Francisco native, had to navigate through his own set of issues, as well. Initially, it appeared that his father/trainer, Bill Haney, would be unable to be in his son’s corner for the fight. However, the elder Haney was granted a last-minute visa that allowed him to make the trip.

After overcoming their respective prefight obstacles, Haney and Kambosos finally met in the ring on Sunday (or Saturday night ET) for a match in which the former controlled the tempo for the entire fight. Following 12 rounds, Haney emerged victorious by defeating Kambosos via unanimous decision.

The bout made waves on social media, with Jake Paul, Trae Young and Shakur Stevenson among those weighing in on the new undisputed champ.

Congrats to the New Undisputed Champion @Realdevinhaney ! Boy went on the road to get it.

Well fought on both sides, just bit faster and better on Haneys for most part. #KambososHaney #boxing