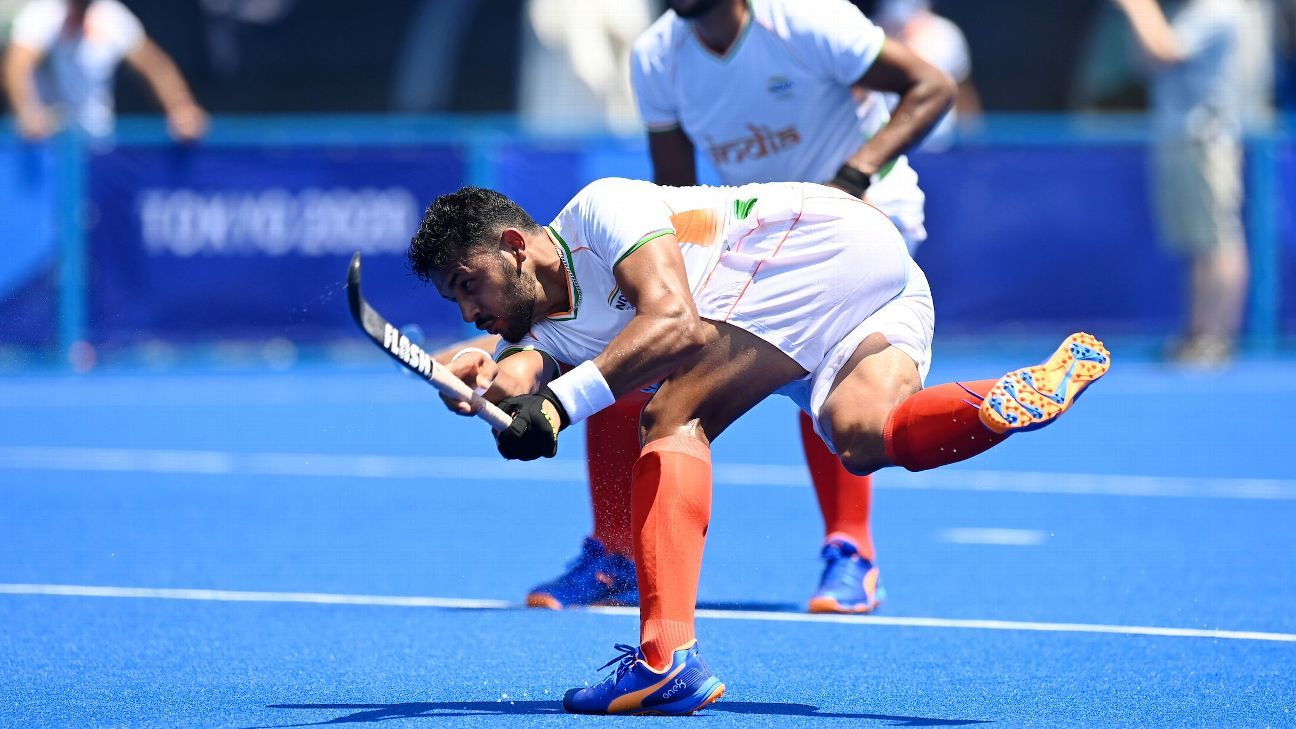 The Indian hockey team returns from Potchefstroom, South Africa having played their first four matches of the season in the FIH Pro League. While a 3-1 win-loss record and a goals for/goals against statistic of 27-9 doesn’t seem like a bad return, the Indian team will know that there is much to improve upon. The side has struggled when their go-to high press strategy hasn’t worked and things will only get harder for them as tougher opponents lie ahead.

The need for more matches

While they ended with a 10-2 win over South Africa, India’s 2-5 upset defeat against France a match earlier was a result that would give coach Graham Reid plenty to think about.

France started the year ranked only 13 in the world, far lower in the table compared to India who were placed 3. However, on the field, their seemed very little difference between the two sides — especially in their second encounter. At the Junior World Cup last year, Reid had said that the French side played like a typical European outfit and it’s clear that that assessment has held for the seniors too. Three days before they beat India, the French had held the Netherlands to a 2-2 draw.

Much of the credit for the side’s performance goes to the fact that the vast majority of French players represent Belgian clubs and routinely play matches against the best players in Europe. Indian players on the other hand, play far fewer matches against quality opponents. Prior to the FIH Pro League, the Indians (post the Olympics) only played in the Asian Champions Trophy – against sides ranked far lower than them. One major tournament which helped bridge the experience gap for the Indian players had been the Hockey India League but the cancellation of that league has meant that younger players are having to make a large jump from training at the national camp to the international level.

India were stunned by France and were put under tremendous pressure by a South African side that even took the lead against them in their last match. Those two sides are the lowest ranked sides in the competition. The Pro League will only get tougher from this point.

In their next match on February 26th, India will take on World number 9 Spain. Those two matches will be followed by matches against Germany and Argentina in March, England in April and finally Netherlands and Olympic champions Belgium in June.

In their final match against South Africa, India came off worse in terms of shots on goal (16 to 17), possession (47 percent to 53 percent) and penalty corners (6 to 8). The South Africans had had a chance to equalize in the second quarter but missed a penalty stroke as well. They would later miss traps in the Indian circle. Those are favours that India won’t benefit from in their matches to come against opponents with far more clinical finishing.

Need for a plan B

In their matches so far, India has relied on the high-press attack that has served them well at the Olympics. In their final couple of matches though, France and to a lesser extent South Africa managed to make the use of the spaces India left behind to wait for their own opportunities to counter. In their match against France, once this happened, it appeared that India weren’t sure how to respond and seemed to step off the gas significantly in the second half. India will have to either find a way to increase their intensity in the final two quarters or at least find a way to flatten the pace of the match in the same period.

The promise of debutants and replacements

One positive to take away from their matches in South Africa would be how India’s debutants – striker Abhishek and drag flicker Jugraj Singh performed. Jugraj scored a hattrick against South Africa and, equally significantly, was solid in the defence.

Amongst the forwards, Abhishek scored in the match against South Africa and was always finding himself in good positions to score. Also heartening was how India’s second goalkeeper Krishan Pathak made the most of the chances he got. Pathak played alternate quarters with PR Sreejesh and while the senior keeper didn’t have the best few matches – highlighted by a goal conceded between his legs in the loss to France – Pathak has shown steady improvement punctuated by a penalty stroke save against South Africa.