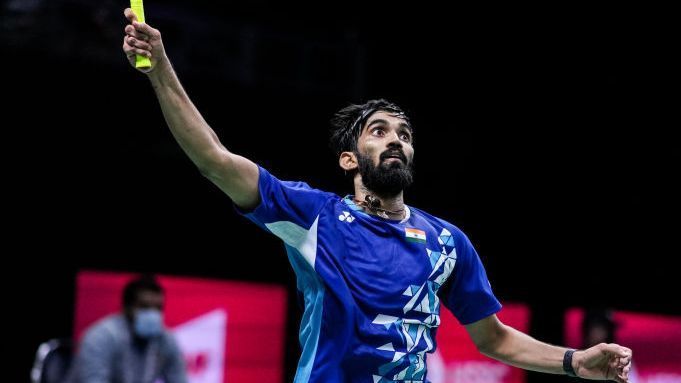 The Indian men’s team earned its second successive, blanking Canada 5-0 in a group tie to qualify for the knockouts of the Thomas Cup in Bangkok on Monday. With this result, the Indian team, which defeated Germany by a similar 5-0 margin on Sunday, is certain to finish in the top-2 in Group C and thus qualify for the quarterfinal.

World Championships silver medallist Kidambi Srikanth fought back from a game down to beat Brian Yang 20-22, 21-11, 21-15 in 52 minutes to give India the lead.

The doubles pair of Satwiksairaj Rankireddy and Chirag Shetty then needed just 29 minutes to beat Jason Anthony Ho-Shue and Kevin Lee before world No 23 HS Prannoy won his singles match against BR Sankeerth 21-15, 21-12 to make it 3-0 and clinch the tie for India.

The second doubles pair of Krishna Prasad Garaga and Vishnuvardhan Goud Panjala then beat Dong Adam and Nyl Yakura in 21-15, 21-11 in 34 minutes. The rout was completed when Priyanshu Rajawat, who came in place of Lakshya Sen, beat Victor Lal in three games, 21-13, 20-22, 21-14 in the third men’s singles which lasted 52 minutes.

India will play its final group C match against Chinese Taipei on Wednesday, which is expected to be the toughest competition for the team. It will also decide the group toppers.

The Indian women’s team, who began their Uber Cup campaign on a resounding note with a 4-1 win against Canada on Sunday, will face USA on Tuesday and Korea on Wednesday.

The tournament is being shown on Sports18 and can be streamed on Voot.