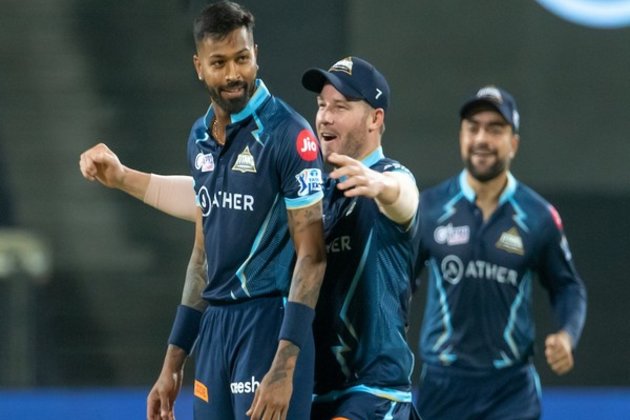 Mumbai (Maharashtra) [India], April 11 (ANI): Former India cricketer Harbhajan Singh hailed Hardik Pandya for leading Gujarat Titans from the front in the IPL 2022 and stated that Men in Blue will need a player of Hardik Pandya’s calibre in T20 World Cup 2022 in Australia.

The Gujarat Titans have been the only unbeaten team of the tournament so far and they will be hoping to keep the equation intact as they take on an ailing Sunrisers Hyderabad on Monday. The Sunrisers will be buoyed by their first win in their last encounter.

Speaking on ‘Cricket Live’ on Star Sports, Harbhajan praised the India all-rounder for the way he’s performed in the tournament saying it will also help him make his India comeback. “He seems to be relishing his role as a captain and leading the team from the front. He’s performing with the bat for Gujarat Titans and has also started bowling well which are good signs for Team India as well,” the former India cricketer said.

“Look, he aims to make his India comeback and if he can start giving those five-six overs with the ball then it will be a big positive for the national side because they’ll need a player of his calibre in the T20 World Cup in Australia. I believe that the responsibility of leading a team will only make Hardik a better player, a better captain, and a better person. Something similar happened with Rohit Sharma as well,” Harbhajan pointed. Harbhajan applauded Hardik’s hard work and dedication to fulfilling his father’s dream of becoming a star cricketer and declared him a role model for several aspiring cricketers. “Hardik’s hard work and dedication to fulfil his father’s dream (to play cricket for India) is inspiring. He has shown what one can achieve through perseverance. Hardik is representing every person who wishes to rise from the bottom and make a mark for himself,” he said.

The Titans have had Midas touch. They blew away the Lucknow Super Giants with a phenomenal bowling display in the season opener while the Delhi Capitals were absolutely no match for their bowling brilliance.

In their third match, the Punjab Kings managed to keep up the game until the dying moments but Rahul Tewatia snatched the victory for Gujarat. (ANI)