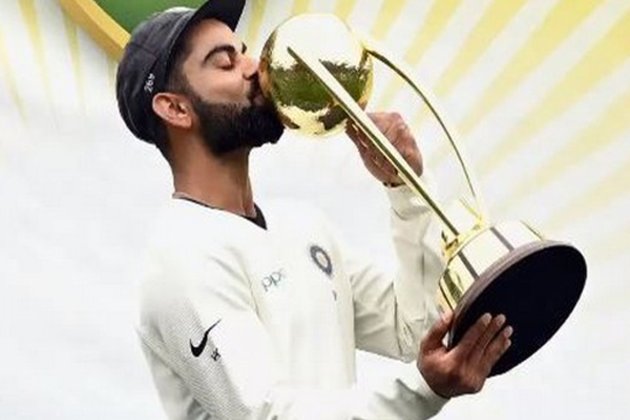 New Delhi [India], January 7 (ANI): It was on this day, two years ago, when India registered its first-ever Test series win on Australian soil.

The fourth Test of the 2018-19 four-match series ended in a draw between India and Australia at the Sydney Cricket Ground (SCG), and as a result, India went on to register a 2-1 win in the series.

In the four-match series, Virat Kohli-led India recorded a victory in the first and third Tests. The visitors won the first Test at Adelaide by 31 runs, while they recorded a win in the third Test by 137 runs at the Melbourne Cricket Ground (MCG).

After winning the first match, India lost the second Test by 146 runs, and the series was levelled at 1-1. But Kohli’s team managed to win the third Test, to tilt the balance in their favour.

During the 2018/19 series, the Tim Paine-led side played without star batters David Warner and Steve Smith as the duo was facing a one-year suspension for their involvement in the ball-tampering scandal against South Africa in March 2018.

India once again toured Australia in 2020-21 and against all odds, it was under Ajinkya Rahane’s leadership that India registered a famous series win in Australia.

Moments before India registered an epic draw in the third Test against Australia at the Sydney Cricket Ground, skipper Tim Paine had engaged in a verbal duel with Ravichandran Ashwin. “Can’t wait for you to reach Gabba, Ash (Ravichandran Ashwin),” Paine said, keeping in mind that the hosts had last lost a game at their fortress back in November 1988.

Being undefeated for 32 years at a single venue gave Paine a sense of pride that bordered on arrogance. The injury woes in the Indian ranks only compounded the problems for the visitors as pundits started questioning Ajinkya Rahane and boys’ reluctance to play at The Gabba was indeed due to strict quarantine rules or an attempt to avoid a defeat at the Brisbane Cricket Ground.

However, Rishabh Pant’s heroics on the final day, saw India breaching the fortress, and as a result, India won the series 2-1. (ANI)