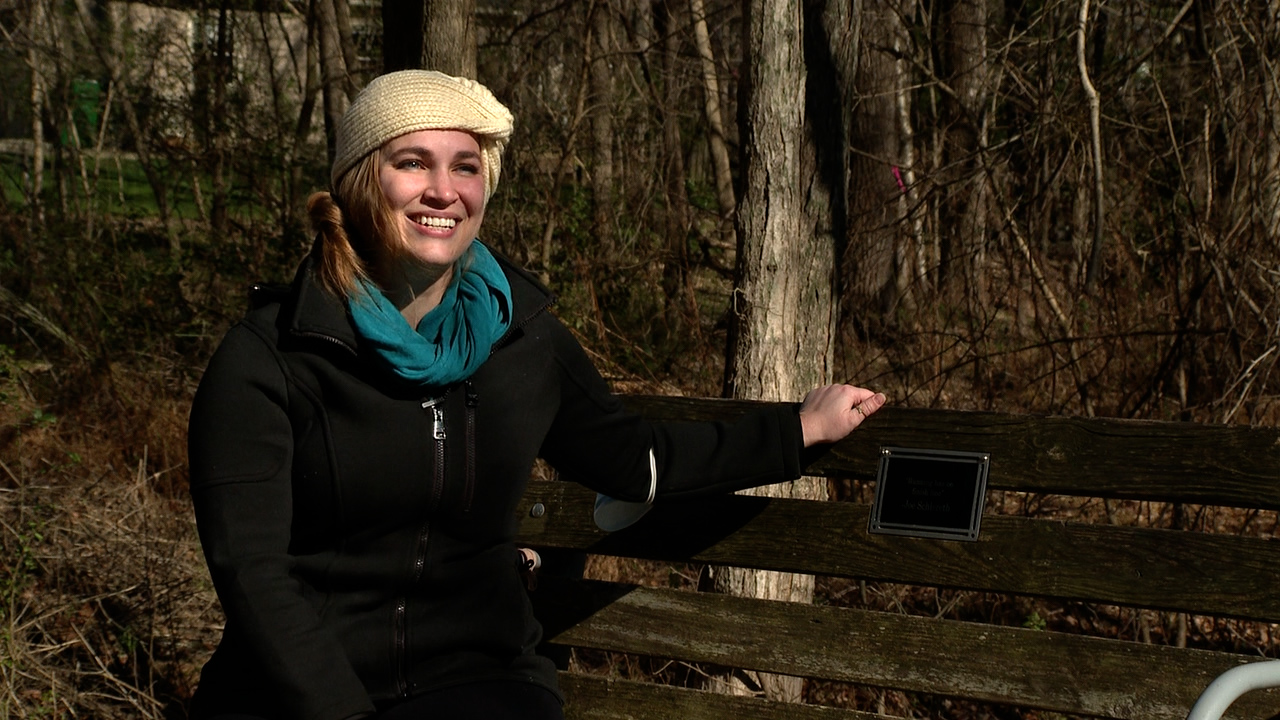 It’s okay to pause because that’s important too.

Sealed against the weather and hung up on a nail, a handwritten thank you note along the greenway in West Charlotte has people taking a second to read.

It’s addressed to two strangers, from one person who just wanted to say thank you.

“I’m the girl on the bench,” said Julie.

That may be what she calls herself in the letter, but Julie is most grateful.

“And just the fact that they were willing, right?” said Julie. “To talk to a stranger, on a bench, during a pandemic.”

On New Years Day, Julie, who has type one diabetes, walked a little longer than she planned. Her blood sugar got dangerously low, she had to sit down and try to figure out what to do.

“It was just exactly what I needed in that moment, it might not have felt like a lot to them, but it was a lot to me,” said Julie.

Out of nowhere,  a couple stopped by to figure out what was wrong. When she told them, Julie said the man ran to grab her a juice while the woman sat with her and kept her calm.

“In that moment, it was just an of course and not a big deal and why wouldn’t we help, but to me, that was absolutely the best orange juice I’ve ever had in my entire life,” said Julie.

Julie said she waited around to thank them but didn’t see them for the rest of the day. She hasn’t found them since, but she hopes her letter will.

“Absolutely they helped save my life,” said Julie. “It was ironically the perfect place for me to have ended up.”

But the letter isn’t just reaching the couple. It’s the perfect, handwritten reminder, to take a break and look for the good.

Because it’s out there.