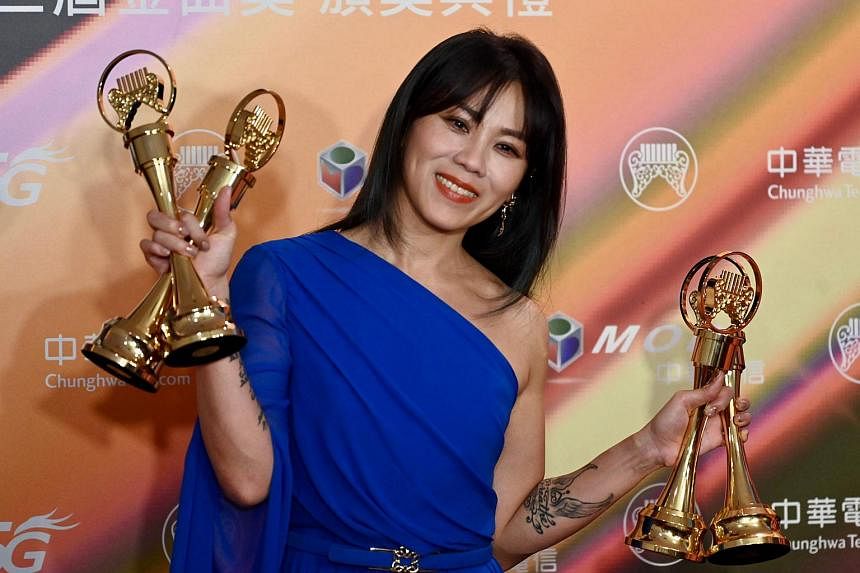 SINGAPORE – When Singaporean singer-songwriter Tanya Chua bagged her fourth award at the Golden Melody Awards on Saturday (July 2) for Album of the Year, the night’s final prize, she struggled to compose herself onstage.

Dressed in a cobalt off-shoulder gown, which matched Bluebirds, a track on her album, the 47-year-old said: “I don’t want to cry, because my hair and make-up took a long time. I am so moved, my knees have gone soft.”

Her 12th album, Depart (2021), had wowed the judges. Written in Taipei during the pandemic, the work expressed Chua’s reflections on that singular time in human history, and featured pared-down songs mainly featuring an acoustic guitar.

In her acceptance speeches, Chua said she had created the work hoping to use music to lift the spirits of listeners at a time when people were cloistered at home during the pandemic.

“I have been very lucky to have music as a safe harbour, to provide comfort when we are at our most vulnerable. But I also don’t wish to make another album like (Depart), because it would remind us of the events that happened in the last two years.”

Her Best Female Singer (Mandarin) award win – her fourth – meant she now holds the most number of wins in the category, beating three-time winner A-mei. Chua had previously won the same prize in 2006, 2008 and 2012, for her albums Amphibian (2005), Goodbye & Hello (2007) and Sing It Out Of Love (2011). This year, she bested a strong suite of powerhouse singers, such as Faye, Waa Wei, Ilid Kaolo and Karencici from Taiwan, and Tia Ray from China.

Chua said winning was not about setting a record, but about the encouragement provided by the award.

“After doing music for so long, I am very afraid my voice will get forgotten, or listeners will get bored of it. So I hope my music will always be your friend and mirror.”

She intends to continue working hard to make music, she added. “I don’t think I will change careers, until you feel sick of listening to my music.”

Chua’s companion for the night was her mother, Madam Jennie Sri Rangkajo Sudjana, who served an eight-day quarantine to walk the red carpet with her daughter. Chua said the 78-year-old was her “lucky charm”.