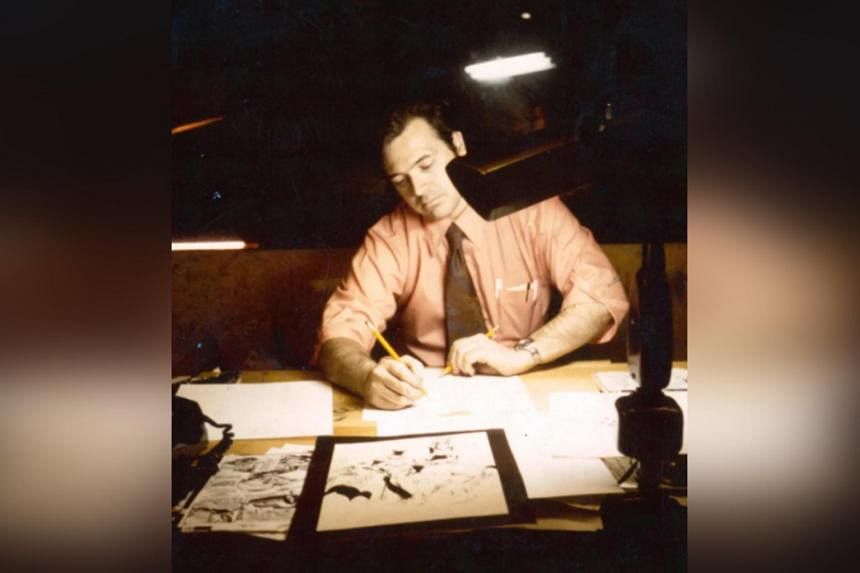 LOS ANGELES – Legendary comic book artist Neal Adams, who revitalised Batman and other superheroes with his photorealistic stylings, has died. He was 80.

According to entertainment portal The Hollywood Reporter, Adams died last Thursday (April 28) in New York of complications from sepsis. His wife, Marilyn Adams, confirmed the news.

Adams, who was born in New York on June 15, 1941, worked with both DC and Marvel comics in the 1960s and 1970s, drawing characters such as Batman, Superman, the Avengers and the X-Men.

He was one of the creatives behind the Green Lantern/Green Arrow series of the early 1970s, taking on social issues such as drug addiction and racism.

One of his four children, Josh Adams, also a comic book artist, wrote a touching tribute on social media and shared some photos of his dad in his youth and at work.

The younger Adams wrote: “His career was defined by unparalleled artistic talent and an unwavering character that drove him to constantly fight for his peers and those in need. He would become known in the comics industry as one of the most influential creators of all time and champion social and creator’s rights.”

In a statement, DC Comics called Neal Adams “one of the most acclaimed artists to have contributed to the comic book industry”.

Adams, together with writer Dennis O’Neil, revolutionised the depiction of the Batman comics, shifting it from campy, kiddie storytelling to a darker sense of menace.

He created new villains, the Man-Bat and Ra’s al Ghul, as well as the latter’s daughter, Talia, who became Batman’s lover, and revived some villains who had grown stale, such as the Joker.

The Joker, who went from comical to maniacal, would go on to become the Cape Crusader’s arch-nemesis and was famously portrayed later on the big screen by actors Jack Nicholson, Heath Ledger and Joaquin Phoenix.

In an interview with entertainment site Vulture in 2019, Neal Adams said: “We took a harder edge. We decided that Joker was just a little crazy.”