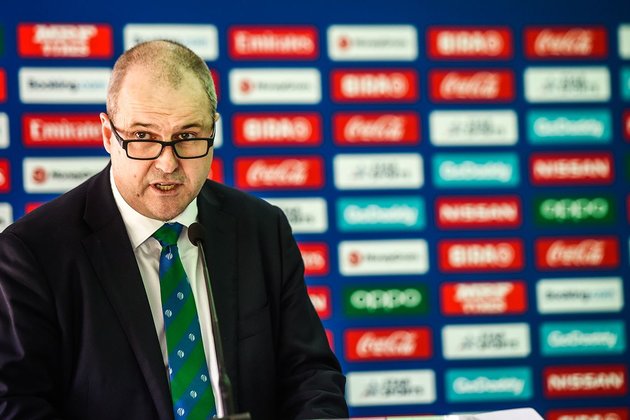 Despite Covid-19 causing disruptions in international cricket as recently as this week – with the T20I series between West Indies and Ireland in Jamaica being called off and two ODIs being rescheduled – ICC CEO Geoff Allardice has said that the bio-bubble at the Under-19 World Cup starting January 14 in the West Indies will work in such a way that players can enjoy what is probably their very first international competition in the environment.

Allardice instead used the phrase “managed-event environment” to describe the robust precautions in place from the ICC for the smooth conduct of the event after considering the young age of the participating players and from lessons learnt from the Men’s T20 World Cup in the UAE and Oman last year.

He said that the ICC’s main challenge will be to juggle keeping players safe while also providing them with an experience to cherish. Given the lengthy nature of the tournament – 23 days of competition in addition to the pre-tournament quarantine requirements and warm-up games – Allardice said that it was important for ICC to make the tournament “memorable” for players from all 16 countries.

One strategic decision to mitigate the concerns of Covid-19 infections possibly ravaging the tournament is the ICC’s choice to host the event across four islands in the West Indies, namely Antigua, Guyana, St Kitts, and Trinidad and Tobago. This strategy is vastly different from the main competition of the T20 World Cup last year, which was held between three cities that were close to each other in the UAE.

This plan will allow the ICC to move games to one of the other three venues and complete the tournament in case infection cases rise in any one location. “It’s a balance between the risk of catching and passing on the virus versus the freedom that young people are going to be looking for and allow them to enjoy the experience of being involved in an Under-19 World Cup as well,” Allardice said on Thursday. “I think the management of that environment over the next few weeks is probably the challenge and being able to react to whatever gets thrown our way.”

Another way the ICC has looked to protect their players is to ensure they play their group-stage games in quick succession rather than over a long period.

“We are following a similar model to the Men’s T20 World Cup in the way that we manage the type of accommodation that we are using and the [Covid] testing frequency,” Allardice said. “They play their matches at a reasonable frequency. So you go to the cricket ground, you play your match, you go back to the hotel accommodation, recover, and then a day or two later, you are back again.”

At the Men’s T20 World Cup last year, the ICC had kept a 24×7 mental-health and wellness service around for the players to use to deal with the complications of staying in a strict bio-bubble. As part of ICC’s “managed-event environment” plans, the same processes will be in place for the teenagers taking part in the West Indies too.

With the majority of players vaccinated, Allardice said that the risk of illness is going to be low, but said that the ICC remained committed to completing the 14th edition of the Under-19 World Cup while making sure that the players compete in a “positive environment.”

The tournament will kick off in Guyana with hosts West Indies taking on Australia in Providence on Friday, with a concurrent second game between Sri Lanka and Scotland taking place in Georgetown.