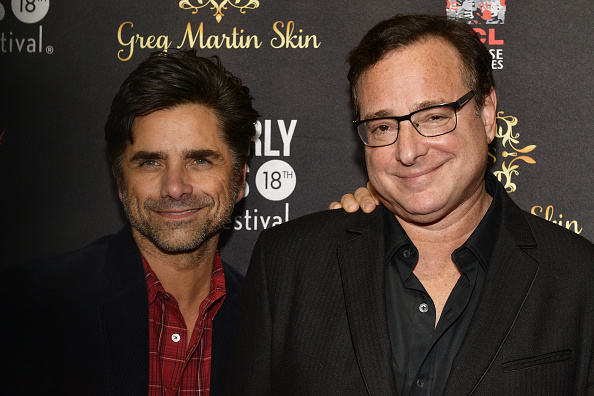 (NewsNation Now) — Fans, former co-stars and fellow actors and comedians are remembering Bob Saget’s legacy after it was revealed Sunday that the former “Full House” star had died.

“I am broken. I am gutted.  I am in complete and utter shock.  I will never ever have another friend like him.  I love you so much Bobby,” John Stamos, Saget’s “Full House” co-star, said on Twitter.

Saget was found dead in a hotel room in Orlando, Florida, at age 65, authorities said Sunday. The cause of his death was unclear.

Saget’s former on-screen daughter said she was at a loss for words.

Comedian Jon Stewart called Saget “just the funniest and nicest” in a Sunday tweet. “Seinfeld” star Jason Alexander said Saget “was kind and dear and cared about people deeply. He was the definition of ‘a good egg.’”

Actor and comedian Whoopi Goldberg sent her condolences to Saget’s family. Saget is survived by his wife, Kelly Rizzo, and three children.

Emergency responders found the actor unresponsive Sunday afternoon in a room at the Ritz-Carlton in Orlando and pronounced him dead at the scene, the Orange County Sheriff’s Office said.

Detectives found no signs of foul play or drug use, the department said.

Norman Lear, who called Saget a close friend, wrote that the comedian “was as lovely a human as he was funny. And to my mind, he was hilarious.”

“In often a ruthless business he was historically not just hilarious but more importantly one of the kindest human beings I ever met in my career,” actor Richard Lewis wrote on Twitter.

The local medical examiner’s office will determine the cause of Saget’s death, the sheriff’s department said.