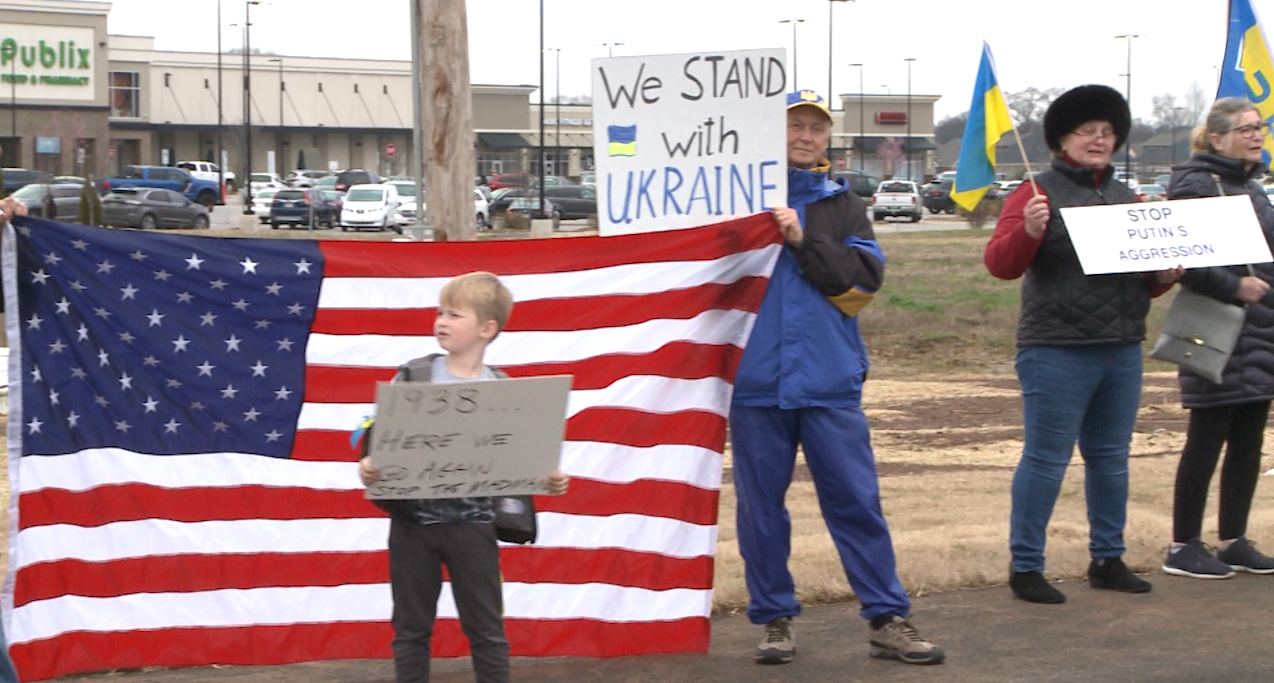 HUNTSVILLE, Ala. (WHNT) – For the Ukrainian immigrant community, the shock from Russia’s invasion of their family’s homeland is still settling in but they want support from neighbors in the Tennessee Valley.

Demonstrators flew both Ukrainian and American flags, chanting anti-Russian Federation and pro-Ukrainian sentiments. A few told News 19 they fear for home and for family.

“My mom, she’s still staying (in eastern Ukraine), and now she’s hiding because they’re bombing near my house,” Anya Kuklis said. “And my two cousins, they’re fighting now in the war.”

“For my family definitely, my heart is breaking, it’s tearing apart,” Svitlana Tkach said. “I want to help but we feel pretty helpless.”

There was also anger while demanding action from American leaders.

“(We’re) watching innocent people get slaughtered over there, sitting there feeling like there’s nothing you can do,” Gabriel Kuklis said. “(Demonstrating in front of traffic) is at least is something we can do. However little we can do to set the spark, to put the wheels in motion to get some serious defensive help to Ukraine.”

The local Ukrainian community of north Alabama might be small, but the multigenerational group has a big message amid one of the most dangerous times in the history of their homeland.

“It’s very inspiring (to see) people just unite to support Ukraine,” Zhurba said. “We had few hours to organize it and many of us weren’t able to come because of taking kids from school and other stuff. But I hope we will be growing in other support in Huntsville.”

Zhurba said local groups of Ukrainian-Americans will continue to demonstrate all over Huntsville in the coming days and maybe weeks, and in bigger numbers.