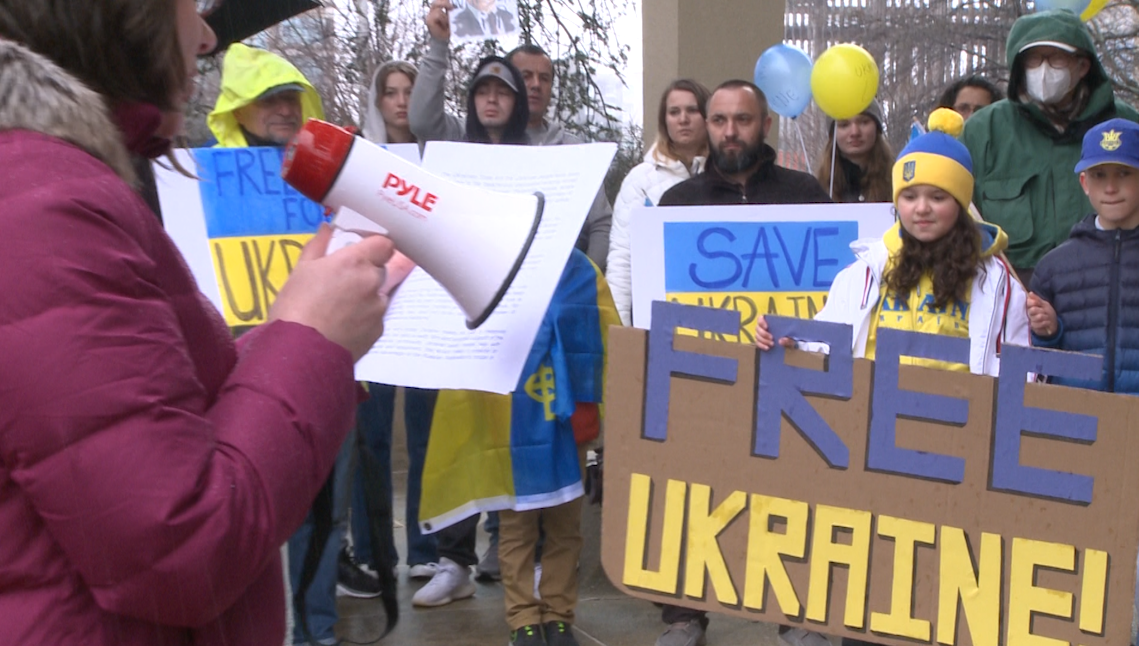 HUNTSVILLE, Ala. (WHNT) — While the former soviet state of Ukraine tries to preserve its independence, many of its immigrants who now call north Alabama home continue to raise awareness to spark change. Several dozen staged a rally to raise awareness – and hope – Saturday afternoon at Madison County Courthouse.

Lyudmyla Chappell came all the way from Gadsden for the rally to show support for her fellow Ukrainian-Americans.

“We wish there would be done much more for (the Ukrainian military) from America, but it now depends on us and our government,” Chappell said. “And we want to tell them we love them and we support them here, and our hearts (are) with them.”

All at the rally advocated the same message: for leaders locally and nationally to help Ukraine stop Russian President Vladimir Putin’s invasion. One participant identified herself as a Russian from St. Petersburg ashamed of the Russian military’s actions, and against the war.

Some of the Ukrainian-Americans at the rally were just children, but well aware of what’s going on across the world.

“Almost every day we heard gunfire in the streets and it was kind of hard walking outside after dark without feeling scared,” 11-year old Maiia Elliott-Ustymenko of Morgan County said, reflecting on her life in Ukraine’s eastern region now controlled by Russian separatists. “So when we moved here and we see things like this, we just want to help, you know?”

Olesia Bodnaruk of Huntsville brought her family to the bitterly cold and rainy demonstration. She told News 19 she wants to be brave for her mother, who chose to stay at their family’s home in western Ukraine.

“Russians try to come and take our land so she said, ‘I’m going to stay. I’m going to do what I can do to help soldiers, help so anything that I can do,’” Bodnaruk said.

Roman Beregovski did the same.

“My son is standing saying, ‘I’m cold, dad,’” Beregovski said. “I’m like, ‘What do you think the kids and the people in Ukraine are experiencing right now? You can stand a little bit longer.’ We need to stand. We need to fight for it, and (taking part in demonstrations) is what we can do right now here in this country.”