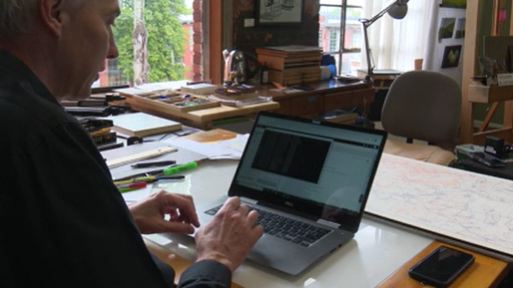 HUNTSVILLE, Ala. (WHNT) – Nearly 60 million Americans lost money to phone scams in 2021 – amounting to $29.8 billion according to a report from Truecaller. These scams are happening all over the country, including in Huntsville.

Huntsville resident, David Nuttall, works from home, so he relies heavily on a strong WiFi connection. In February, David was working when his connection became spotty.


‘So much more at risk’: Alabama farmers hit hard by inflation

Shortly after, he received a phone call from someone claiming to be Comcast trying to help him reset his router and get him back online. From there, the person on the other end of the phone, who even gave David a pseudo-first and last name, had David complete some command prompts, something the average computer user likely has never done.

David told News 19 that it all seemed very technical and legitimate.

The scammer informed David he was being hacked, which is why the internet was down and gave him solutions on how to fix it. From here, the scammers pretending to be Comcast were able to have David install software without him knowing.

They gained control of his computer, got into his crypto exchange account, and transferred themselves $20,000.

David works primarily on his computer; he never thought he would fall for a scam. But, he credits the scammers’ sophistication.

“It appears the hack is so sophisticated that they have a mirror of Comcast set up. If you call certain phone numbers it sounds just like Comcast, it sounds like ‘oh let me transfer you to security’ and you speak to humans,” David told News 19. “They claim to help you. So, if someone phones you – they are not who they say they are. My rule is anyone offering help that you have not contacted is probably hacking you.”

Now, David’s goal is to prevent other people from falling for the same scam.

The Better Business Bureau recommends turning on two-factor authentication to further protect your account. BBB is a nonprofit organization with a mission on advancing marketplace trust and exposing potential scams. If you feel you are a victim of a scam you can contact the BBB.