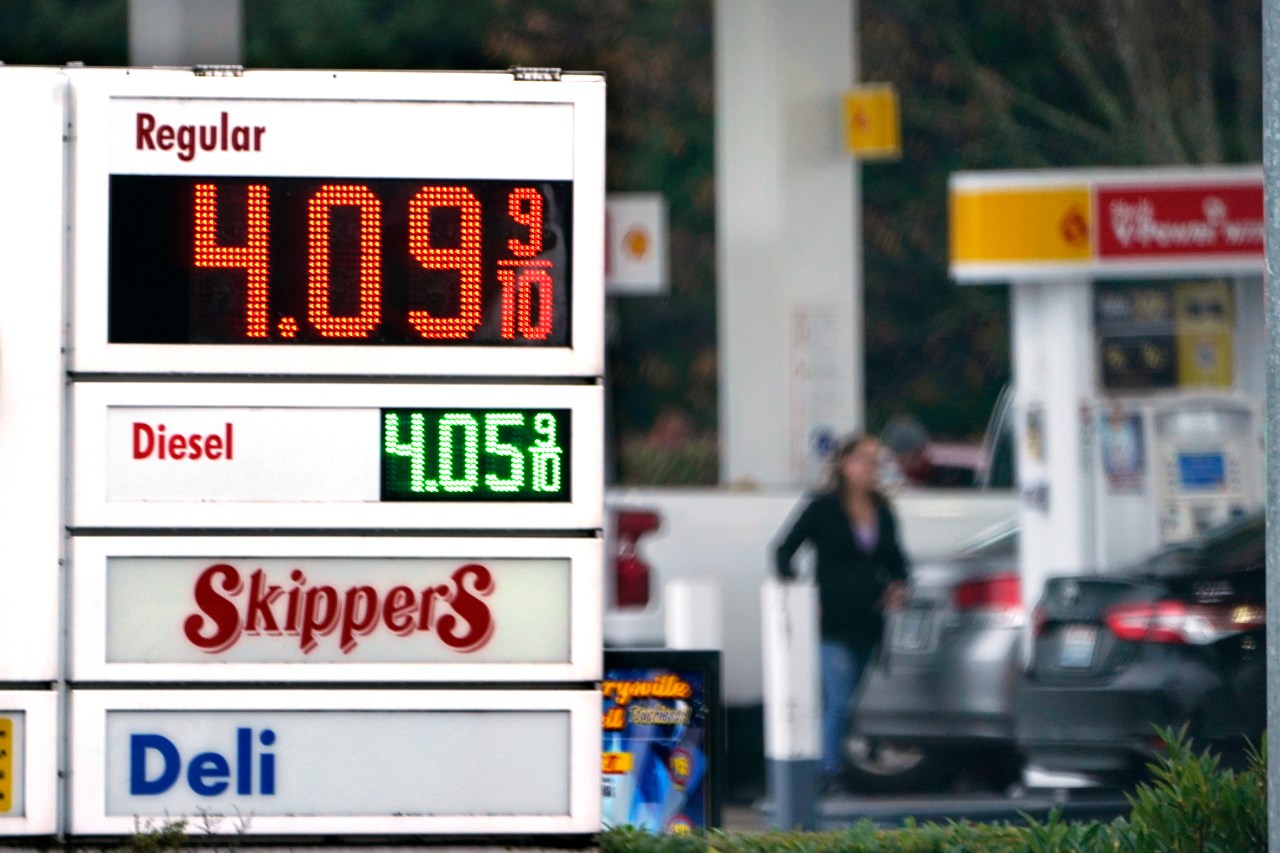 CHICAGO (NewsNation Now) — As tensions continue to mount with Russia along the Ukrainian border, trade worldwide is starting to be impacted — adding to rising global oil prices and causing more pain at the pump for Americans.

Gasoline prices surged across the U.S. this week to their highest level in eight years amid growing concerns that a military conflict in Eastern Europe would drive up energy costs.

According to AAA, the average price of a gallon of gas hit $3.49 on Wednesday, up four cents from the previous week and roughly $1 from a year ago. It’s the highest price since October 2014, according to the U.S. Department of Energy.

Russia is the third-largest oil producer in the world, producing more than one-tenth of the world’s oil in 2020. However, access to the supply would be likely disrupted in the event of a military conflict or sanctions by the U.S. and its allies.

Meanwhile, traders are anxious over those ongoing tensions between Russia and Ukraine, sending the price of oil skyrocketing to more than $96 a barrel this week.

Concerns about rising gas prices are bringing back memories from about 50 years ago for some people when a different foreign war led to an energy crisis. Things grew so desperate during the 1973 oil crisis that the government reduced the national speed limit to 55 mph to make Americans use less gas.

In 1973, the Organization of the Petroleum Exporting Countries (OPEC) imposed an embargo on the U.S. for supporting Israel during the Yom Kippur War, which meant the U.S. was cut off entirely from one of its largest sources of oil.


What’s the cheapest day of the week to fill up on gas?

Once again, the U.S. is facing the possibility of being cut off from a large chunk of oil imports. Russia is the U.S.’s fifth largest crude oil supplier.

All of this comes when demand for oil remains incredibly high, and the U.S. supply still hasn’t recovered from the pandemic.