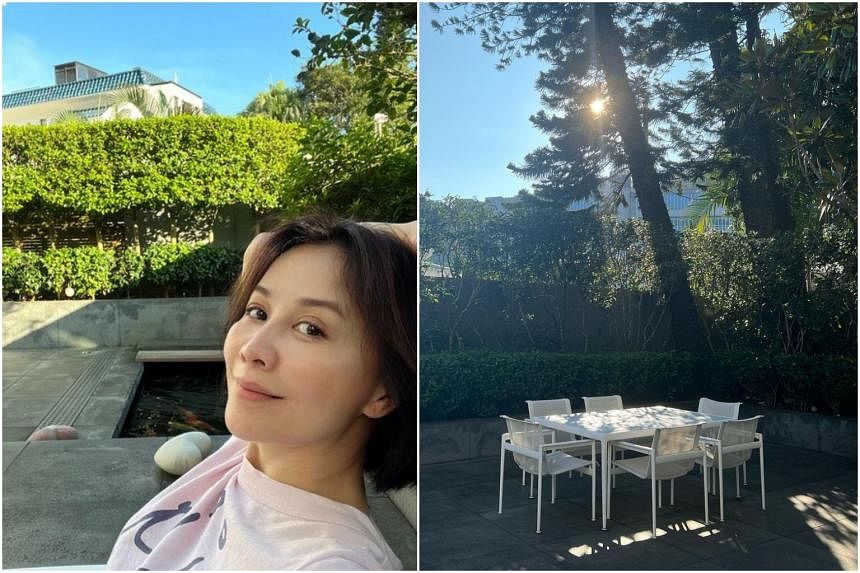 HONG KONG – Actress Carina Lau has given her fans a rare look at her mansion in her recent photos on social media.

On Sunday (July 10), the 56-year-old actress posted a selfie of herself at home and three photos of the interior. She wrote: “Happy Sunday” and included the sun emoji.

Several fans marvelled at the grandness of her abode.

In one photo, there is a courtyard surrounded by green plants, with a fish pond in the middle. There is also a white table with several chairs beside the pond in another snap.

Lau, who played empress Wu Zetian in the Detective Dee movie trilogy (2010 to 2018), showcased a golden rhino artwork in the third picture.