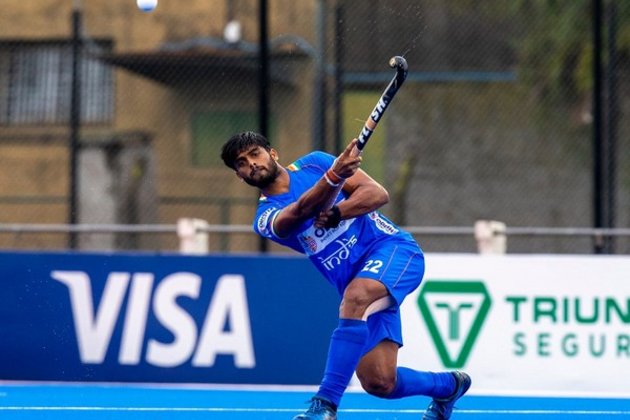 The defender and drag-flick specialist achieved this milestone during India’s first match on Saturday against Spain at the FIH Hockey Pro League home-leg which began in Bhubaneswar.

Varun, who hails from Jalandhar in Punjab, made his Senior International debut in 2017 at the Europe Tour of Belgium and Netherlands. He was one of the most promising talents to emerge from India’s victorious Men’s Hockey Junior World Cup 2016 side.

A product of Surjit Hockey Academy, Varun, during his debut for the India Colts was the highest goal-scorer at the 2016 Four Nations Invitational Tournament in Spain and a good outing in the Junior World Cup campaign in 2016 helped him make the cut for the Senior program which he has been a regular part of since 2017.

Over these past five years, Varun has been part of the Indian team that won Gold at the Hero Asia Cup in 2017, Bronze medal at the Odisha Men’s Hockey World League Final Bhubaneswar 2017, Silver medal at the FIH Men’s Champions Trophy 2018, Bronze at the 18th Asian Games Jakarta-Palembang and was also part of the team that won the Hero Asian Champions Trophy Muscat 2018.

Talking about achieving this milestone, Varun said, “It has been a great journey with the Indian team and every match in this 100-cap milestone has been memorable experience for me. I look forward to working hard and continue to be part of this fantastic team. I would like to thank my teammates for their constant support and guidance all these years.”Congratulating Varun Kumar on completing 100 International matches, Hockey India President Gyanendro Ningombam said, “It is an important milestone in Varun’s career and I congratulate the youngster for completing 100 international caps for India. He is one of those players who proves his worth every time he is given a chance and I wish him the very best. Hope he continues to work hard and contribute to the team’s growth.”Varun played one of the key roles in the team’s Gold medal feat at FIH Men’s Series Finals 2019 held in Bhubaneswar where he was the top goal-scorer (6 goals) of the tournament. Varun also played his first World Cup with the Senior Team when he represented the country at the Odisha Hockey Men’s World Cup Bhubaneswar 2018.

Though he was initially not chosen in the first 16 for the Tokyo Olympic Games, he made the team after IOC allowed two alternate players per team.

Varun capitalised on the opportunity and played a key role in the Indian team’s Bronze medal feat at the Tokyo Olympics. His performance in the pool match against Argentina was particularly noteworthy as he scored the opening goal of the match. (ANI)