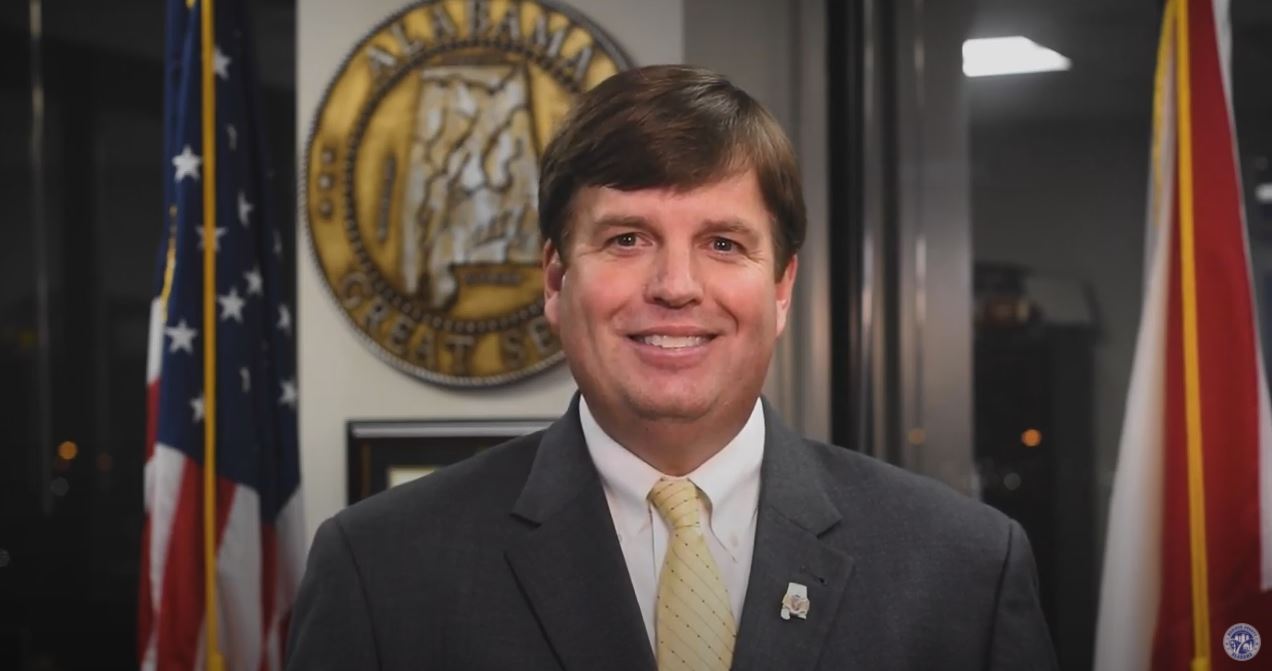 HUNTSVILLE, Ala. (WHNT) – A group unhappy with Madison County Commission Chairman Dale Strong’s role in the removal of a Confederate statue in front of the Madison County Courthouse is seeking to have his name removed from the ballot in his bid for a congressional seat.

Strong, a Republican, is among the candidates seeking to replace U.S. Rep. Mo Brooks, who is running for the U.S. Senate, as the Huntsville-area’s member of the Congress.

Ed Kennedy, a former history instructor at West Point, helped form Heritage Protection of North Alabama 18 months ago, to oppose efforts to remove Confederate monuments. The group opposes Strong’s candidacy, calling him a lawbreaker for his role in moving the monument to Maple Hill Cemetery in October 2020.

Kennedy, who said he personally supports Casey Wardynski in the 5th District race, said he has gone to North Alabama Republican groups seeking to block Strong.

“I spoke to the Morgan County GOP Committee,” Kennedy said, “and I’ve spoken to all but the one here in Madison County. To get them to remove Dale Strong from the ballot because he broke the law and we don’t want someone in Congress who breaks the law and tries to rationalize it.”

Members of the Morgan County Republican Executive Committee agreed Tuesday to support the effort to remove Strong from the GOP primary ballot.

Morgan County Republican Executive Committee Chairman Julie Clausen told News 19 at the group’s monthly meeting they received a presentation about Strong and the removal of the Madison County Confederate monument.

Clausen told News 19 at the group’s monthly meeting they held a vote on joining the Alabama Republican Party’s challenge of Strong qualifying as part of the Republican ballot. She said the vote passed unanimously.

Clausen added the paperwork for the challenge has been drafted and will be signed by all officers of the Morgan County Republican Executive Committee as representatives of the entire committee.

Strong said he wasn’t invited to the meeting or any of the others where his ballot access is being challenged.

“The one thing you always see is nobody shoots at the person who’s last in the race,” Strong said.

Kennedy says it’s about the monuments.

“Our fight is against having someone in Congress that thinks it’s ok to break the law. They moved it away to a place that’s unprotected, unlit, right next to a road where it can be easily damaged and accessed. There is no one watching that monument now,” he said.

News 19 spoke with Strong about the challenge:

I am a lifelong Republican, and I will be on the ballot for Congress in the May Republican primary. The Madison County Commission did not violate any laws when the Confederate monument was moved to honor the soldiers buried in Maple Hill Cemetery that fought and died for the Confederacy. After repeated attacks and damage to our monument we had two options. Allow our Confederate monument to be destroyed like what happened in Birmingham or take action to preserve and protect it. While others hid their monuments, we placed it in a place of prominence – honoring the fallen Confederate soldiers. I fully support our Confederate monuments and have always done so. Anyone that says otherwise is misrepresenting the facts.

Kennedy said his group will continue to pursue the goal of trying to stop Strong’s candidacy.

“We’re going to get him taken off the ticket and Strong won’t be running for Congress,” he said.

Strong said moving the monument, which led to a $25,000 fine for violating state law, achieved his goal of preserving it. He said Maple Hill Cemetery is an ideal location.

“This cemetery right here is nationally registered, been here since 1822. There are differing opinions. If you’ve got a thin skin I can tell you this right here, politics is not what you ought to do,” he said. “I always communicate with the people in the area I represent, I feel comfortable in the decision the Madison County Commission unanimously made, and again working through issues is part of being a public servant.”