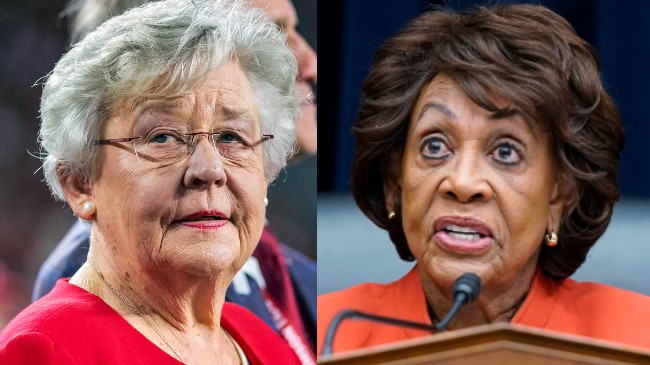 BIRMINGHAM, Ala. (WIAT) — Alabama Gov. Kay Ivey is responding to being called a racist by California Congresswoman Maxine Waters.

Waters, a Democrat who has represented California’s 43rd District in the U.S. House of Representatives since 1991, criticized Ivey for saying in a recent campaign advertisement that Alabamians may have to start learning Spanish if President Joe Biden “keeps shipping illegal immigrants into our state.”

“This is plain racist ignorance in your face,” Waters said during an appearance on MSNBC’s “The Sunday Show with Jonathan Capehart.”

“And so, when you talk about responding, it’s more like ignoring and keeping up the fight against racism and discrimination and making sure that we do everything we can to get those who are elected out of office and elect progressive people,” Waters continued. “We don’t have time to deal with that kind of stupidity and that kind of ignorance, and so it is shameful that in this day and age, that we have people who think like, who speak like that, and who have access to the resources to purchase the kinds of ads to just literally spill that kind of mess across our screens.”

On Monday, Ivey released the following statement on social media:

“There’s nothing racist about the disaster Joe Biden is causing with illegals invading our country. I’m not going to be lectured by a liberal Congresswoman from California. We’ll handle our business in Alabama.”

Ivey faces Republican challengers in the primary on May 24.