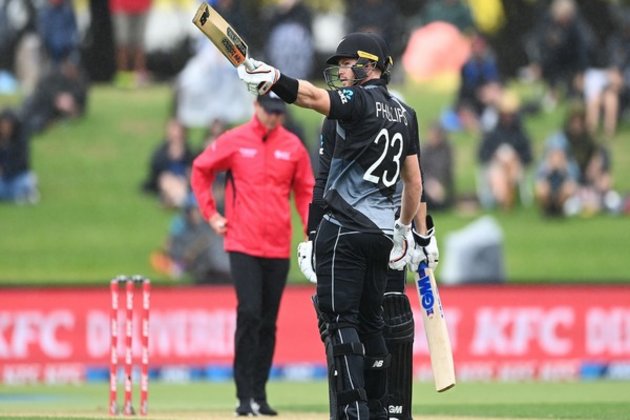 London [UK], April 12 (ANI): Big-hitter Glenn Phillips has re-signed for Gloucestershire for 2022 and will be available for selection for The Shire’s entire T20 Blast campaign.

Phillips is back in Bristol for the second consecutive summer following the 25-year-old’s impressive spell with Glos last season. Phillips quickly became a fan-favourite at The Shire in 2021 after scoring 500 runs in just 12 matches in the Blast, the second-highest total of all batters in last year’s competition.

His highest-scoring innings came against Glamorgan in Bristol in June, when his 94 powered Gloucestershire to a 34-run win.

Phillips will once again look to put on a show for supporters and Members at the Seat Unique Stadium this season, in the hope of helping The Shire challenge for silverware in the T20 Blast.

Speaking about his return to Glos for 2022, Phillips said: “I really enjoyed my time at Glos last year and I am very glad to be returning this season. It’s going to be an exciting year and I can’t wait to get it underway.”Phillips, a top order batter-wicketkeeper, has made 35 T20I appearances for New Zealand since making his debut in 2017, scoring a combined 645 runs in the process. His best performance with the bat for New Zealand cap against West Indies, in November 2020, when he scored 108 runs off just 51 balls, a tally which broke the record for the fastest century by a New Zealand batsman in a T20I match.

Despite only making his debut five years ago, Phillips is already the seventh-highest T20I run scorer for his country. He is also a proven wicket-taker and has claimed a combined 45 wickets in 67 First-Class and T20 innings in his career so far.

Most recently Phillips has played domestic first-class and List A cricket in New Zealand for Auckland and between December and March, scored 378 runs in just 10 innings at an average of 42 for the side.

Ahead of arriving in Bristol to play in the Blast for Glos, Phillips is representing Sunrisers Hyderabad in the Indian Premier League (IPL) throughout April and May, and is due to link up with The Shire at the end of May following his involvement in the IPL. (ANI)