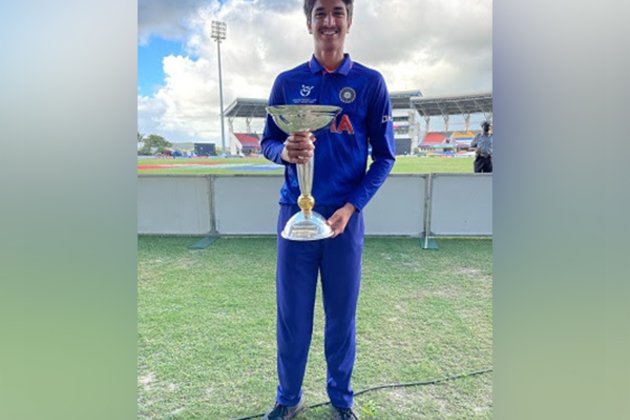 Hyderabad (Telangana) [India], February 21 (ANI/NewsVoir): Rishith Reddy, an Alumnus ofIn December 2021, Rishith made his international debut in the U-19 Asia Cup held in Bangladesh where he helped his team clinch victory with an excellent 5 wicket haul. His remarkable performance earned him a place in the Indian Cricket squad for the ICC U-19 World Cup-22, held at West Indies. He has also represented the state of Telangana and has made his mark at the Under-14, Under-16 and Under-19 national tournaments. We will be seeing him playing Ranji Trophy for Telangana this season.

He had the privilege to meet with some of the cricket legends, VVS Laxman, Rohit Sharma, Ravindra Jadeja, Riche Richardson, and Curtly Ambrose who boosted his motivation. We may also be seeing him playing for IPL T-20 in the upcoming season, as announced by BCCI.

“The unwavering encouragement of my mother Neelima Reddy and the constant support from my school teachers and my coach Suresh made me who I am today. I think there is a lot more waiting for me in the future,” says Rishith.

From his early teens, Rishith has shown tremendous potential and has represented his school in various tournaments under the guidance and coaching of his cricket coach Rajendra Siddapally and under the mentorship of the sports coordinator David Manda at Oakridge International School, Gachibowli. “Hardworking, determined and humble, Rishith has been a dedicated and self-disciplined Sports enthusiast,” says Rajendra.

He always balanced his time between academics and sports effortlessly, with the constant support of his teachers. His Academic Coordinator, Rukmani Kumar says, “We are highly excited and extremely proud of Rishith whose dreams have come true because he had the courage to pursue them and never gave up.””When you passionately follow your dreams, there is nothing that can stop you from achieving them. Our student Rishith proved it by achieving his goal of representing the Indian team. We wish him all the very best,” says Hema Chennupaty, Principal of Oakridge.

This story is provided by NewsVoir. ANI will not be responsible in any way for the content of this article. (ANI/NewsVoir)