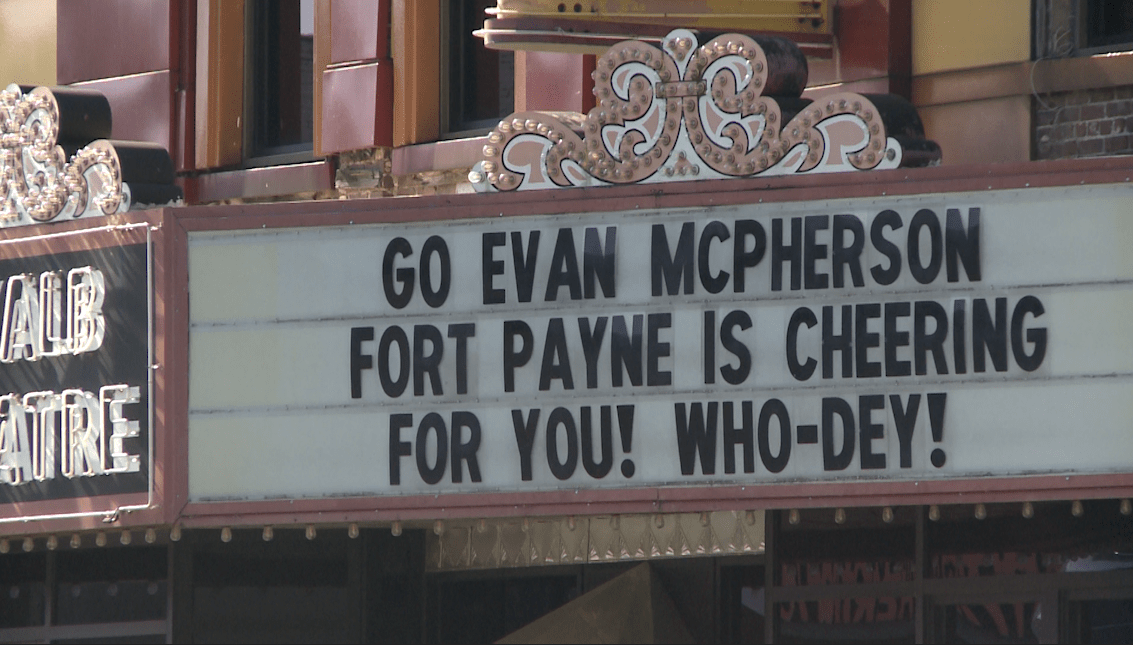 FORT PAYNE, Ala. — The community of Fort Payne has a little extra riding on this Sunday’s big game thanks to a rookie kicker with roots in the Tennessee Valley. Fort Payne City Schools declared Friday “Evan McPherson Day” in support of the 2018 Fort Payne High School graduate who’s now gearing up for a Super Bowl with the Cincinnati Bengals in his first NFL season.

McPherson took time to surprise classes across the district with a mass video chat in which students and teachers got to ask him about his preparation for the game and his experiences as a professional kicker.

“He’s inspired a lot of students in our system and we’re just proud that he was able to take a few moments with us today. We just wish him the best,” Fort Payne High School Principal and Athletics Director Patrick Barnes said.

One of the participating classes was Marcie Davis’s art class at Little Ridge Intermediate School. Davis is also McPherson’s soon-to-be aunt and has become close with the family.

“He has been phenomenal in using the gift he’s been given,” Davis said. “And I think one thing the kids can see is somebody from Fort Payne, Alabama can actually (grow up to) be in the Super Bowl.”

“It just goes to show if you work hard enough and you’re committed enough at what you do,” Current Fort Payne Head Football Coach Chris Elmore said, “It doesn’t have to be kicking but whatever it is – if you’re committed to that good things will happen to you and that’s been proven by Evan.”

It’s safe to say no matter what happens for McPherson and his Cincinnati team Sunday, there will be a proud city of Fort Payne to come home to afterward.