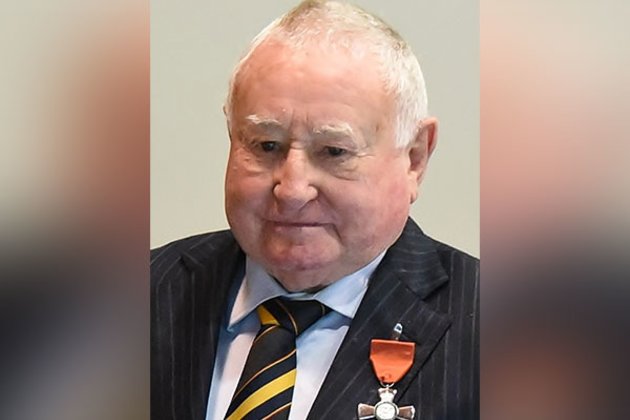 The former skipper, who died on Sunday, was the third Kiwi batter after Bert Sutcliffe and John R Reid to score 1,000 runs in Test cricket.

Small of stature, stout of heart, and an aesthetically pleasing batsman, Sinclair played 21 Tests for New Zealand between 1963 and 1968, scoring 1148 runs at 29.43, including three centuries – against South Africa, Pakistan and England.

He captained the side in three Tests, initially taking over the reins from an injured Murray Chapple on the morning of the second Test against England at Dunedin in 1966, retaining them for the final Test of the series at Auckland, and for the next Test against India, some two years later.

He then made himself unavailable for the second and third Tests against India due to personal and work commitments, returning for the fourth Test of the series under the captaincy of Graham Dowling.

In Bill Francis’ biography, In the Pursuit of Excellent: The Barry Sinclair Story, Francis wrote that Sinclair, juggling his personal life, job commitments, and cricket, in what was a financially amateur era, said he simply needed a break.

“I feel completely saturated with cricket,” Sinclair told reporters at the time. “I love the game and want to carry on with it. I feel that if I don’t have a break from cricket now I may feel like giving the game away completely and I don’t want to do that. Perhaps I have tried to do too much and I feel I must have a break if I am to carry on.”A loyal Wellington player, Sinclair grew up with, and was close friends with former Wellington captain, New Zealand selector, and New Zealand Cricket President Don Neely, who passed away last month.

He was also a stalwart of the Kilbirnie club, for whom he scored 6000 runs at an average of 50.

In his book A Million Miles of Cricket, John Reid named Sinclair at No.3 in his all-time best New Zealand Test team, commenting: “He is a batsman of great natural talents and he displayed them frequently in England last year (1965) and during his fine century against England at Auckland.”Reid said it was a great pity Sinclair did not go to South Africa with the New Zealand team in 1961-62: “But in the summer at home, he had a phenomenal run of “outs” and could not be included in the side.

“Only a lack of confidence in his earlier years held him back,” wrote Reid.

Known by his team-mates and friends as “Sinky”, Sinclair stood only 156 cm tall, but was adept at handling the short-pitched delivery and scored heavily square of the wicket – employing the pull and hook to good effect, as well as his signature shot, the cut.

In an era when cricket was not viewed as a physically demanding sport, he was known for his athleticism and dedication to training, and regarded as a brilliant fieldsman – his direct hit run-out of Colin Cowdrey in the third Test against England at Auckland in 1966 remains a highlight.

Following his playing career, Sinclair retained a keen interest in the game, particularly in terms of former players and those experiencing hardship. In 2008-09 he became the inaugural Patron of the New Zealand Cricket Players Association.

Heath Mills, NZCPA Chief Executive said in a statement: “We were all very sad to hear of Barry’s passing this morning. We have been blessed to have him involved with the NZCPA for so many years.

“Barry was one of the first past players to sign up to our organisation and loved being involved and helping the current players achieve a better environment in the game.””We are going to miss him greatly,” added Mills.

In the 2016 Queen’s Birthday Honours, Sinclair was made a Member of the New Zealand Order of Merit. (ANI)