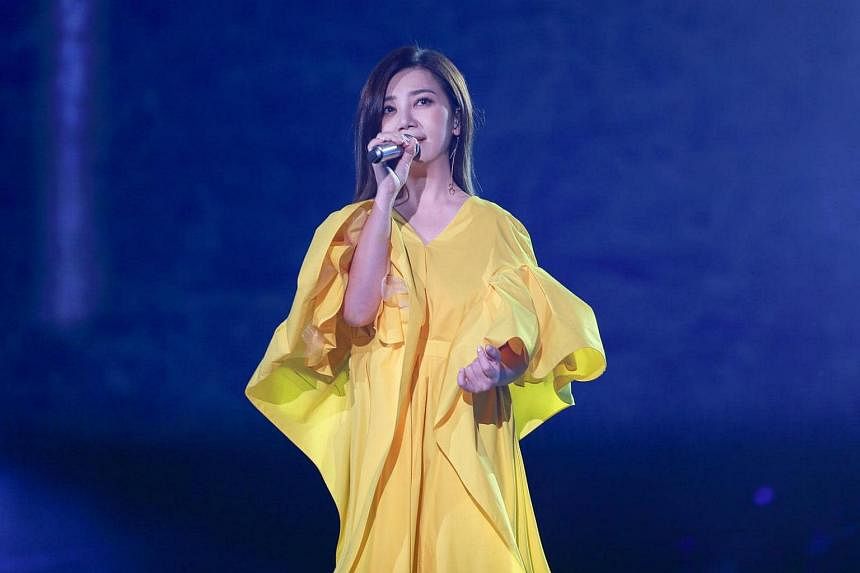 TAIPEI – What has a popular love song by Malaysian singer Fish Leong got to do with the death of former Japanese prime minister Shinzo Abe?

That was the question on the minds of many when it emerged that at least one Chinese music streaming platform has taken down her 2005 song, Unfortunately Not You, in the wake of Mr Abe’s death last Friday (July 8) after he was shot in the Japanese city of Nara.

The song was taken down from China’s QQ music streaming service last Friday.

This came after some netizens left provocative remarks in the comments section of the song, such as “unfortunately not you” and “why was it not you”, which are seen to be targeted at Chinese president Xi Jinping.

“Kexi”, which means “unfortunately” in Chinese, contains a word that sounds similar to the Chinese leader’s surname.

The song can still be found on another Chinese platform NetEase Cloud Music, but its comment function has been disabled.

The discussion topic “Unfortunately Not You” was trending on Chinese social media platform Weibo for a while before it was removed from the platform.

In China, news of Mr Abe’s death have sparked glee and an outpouring of anti-Japan vitriol among some netizens.

Hong Kong celebrities who posted condolences online over the death of Mr Abe had to backtrack under pressure from such netizens.

Hong Kong actor Shawn Yue, 40, initially posted a black-and-white photo of Mr Abe on Instagram last Friday and wrote: “There have been a spate of shootings and a war in the world recently. I really hope everyone can co-exist with each other peacefully. Hate begets hate, as I wish peace can return to the world.”

He later deleted his post after receiving angry responses from Chinese netizens. Several questioned if he is a two-faced person and wondered why he dare not write the post on Weibo.

Hong Kong actor Anthony Wong, however, appeared to have made an indirect dig at the behaviour of gloating Chinese netizens.

The 60-year-old is one of the few Hong Kong actors openly supportive of the pro-democracy movement in the territory.

Wong, who shuttles between Hong Kong and Taiwan, wrote on Facebook on Saturday: “For a morally corrupt person, the only thing that makes him happy is the misfortune of others.”