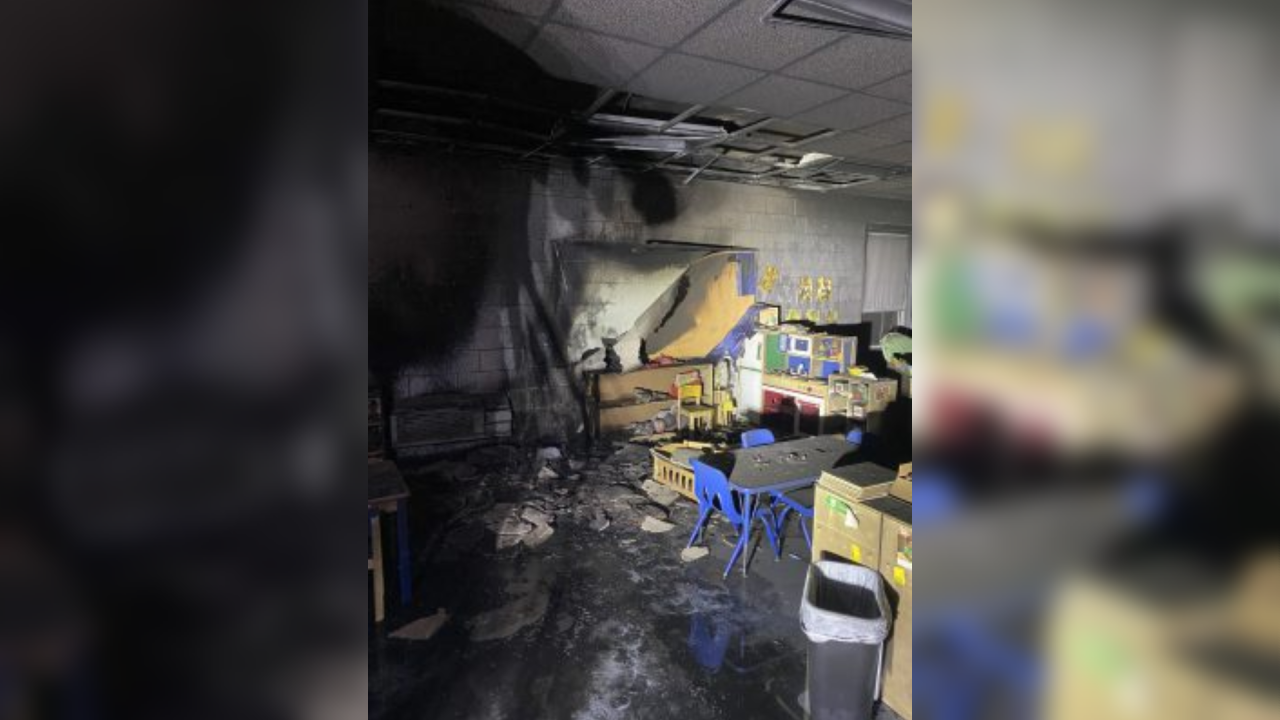 Around 6:30 p.m. Friday, a call to dispatch was made of smoke being seen coming from the elementary school. The Midland City Fire Department responded and had the fire under control within minutes.

As of now, crews are cleaning up after a fire that blazed through a kindergarten classroom and surrounding areas.

“We are very thankful no one was hurt,” Superintendent of Dale County Schools, Ben Baker said. “We are thankful it was not during school hours. Again we are thankful for our first responders because we can rebuild a school, we are just thankful nobody was hurt.”

One classroom in the Kindergarten section of the school received heavy fire and smoke damage. Other classrooms nearby also received moderate smoke damage.

“They got in, got the fire out, and minimized the damage cause it could have been a lot worse,” Baker said. “It is a Friday night and it could have burnt for a long time. If not for the quick response of Midland City Fire Department.”

No one was in the building during the fire, and the cause of the fire is currently unknown.

Baker tells WDHN they’ll be putting together a plan together so students can return to the classroom during this upcoming week. He also wants to thank all volunteer firefighters who helped out during this emergency situation.

“I’ve been doing this for 25 years, I’ve never seen or had a situation where we had a fire during the school day or at night,” Baker said. “I guess the positive thing in all of this is everything worked the way it was supposed to. The alarm went off the automatic dispatch to 911.”

The fire remains under investigation. Stay with WDHN News for updates.