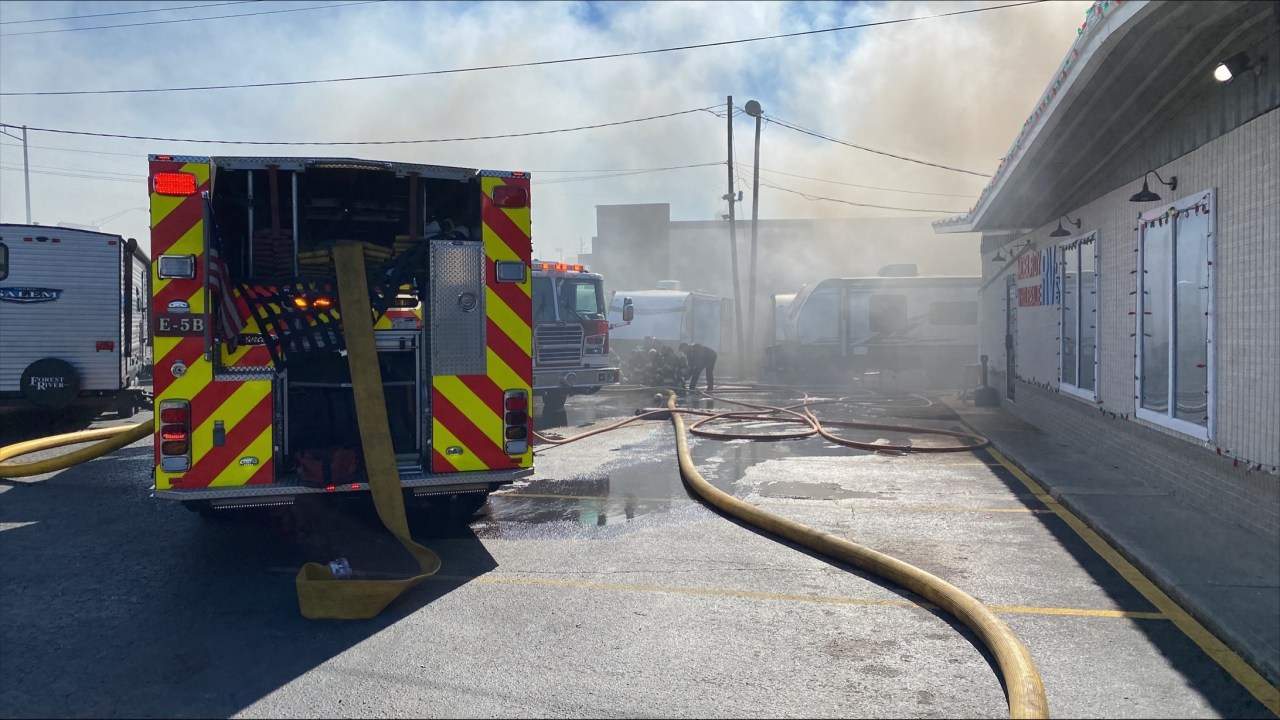 HUNTSVILLE, Ala. – Smoke from a fire at an RV dealership in Huntsville could be seen for miles Monday morning. Multiple viewers called the News 19 newsroom with their concerns.

Huntsville Fire and Rescue crews were called to McElroy RVs on Jordan Lane after a work shed caught fire and it spread to three travel trailers.

Authorities say no one was injured in the fire, but firefighters had to use a lot of oxygen due to the amount of smoke.

The cause of the fire is under investigation.