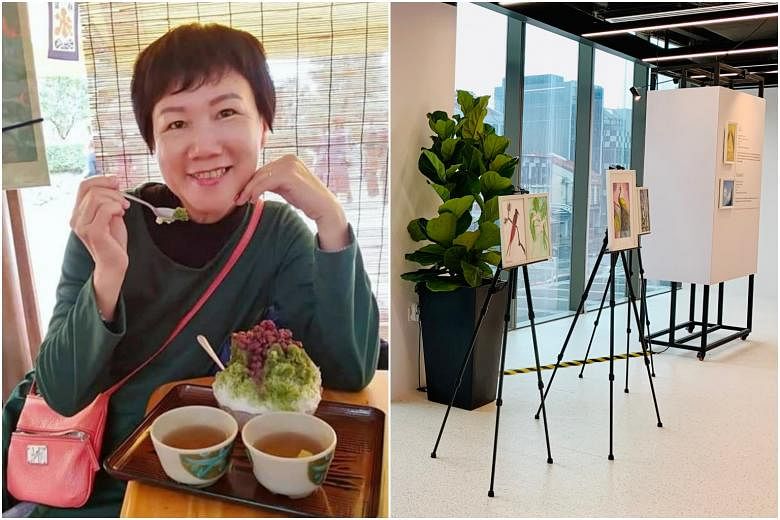 SINGAPORE – Madam Annie Hoor took up watercolour painting classes formally only in 2018 when she moved to Singapore from Malaysia to help care for her grandchildren.

In just a few years, she had completed numerous paintings on scenes from her travels and the birds she encountered on her walks.

During home visits by HCA Hospice Care staff before she died of cancer at the end of last month, the 60-year-old grandmother of three would tell them about the story behind each of her paintings.

She was delighted, said HCA in a media release, when its staff suggested her paintings be exhibited as part of its A Good Day project, which explores “what a good day means to its patients, which often includes simple but heartfelt wishes”.

HCA art therapist Kimo Ong says of the mother of three: “Despite the hardship she faced in raising her children, Annie never complained.

“She was cheery and optimistic, and through her artworks, she hoped for people to see the best in life in spite of the adversities they may be facing.”

Madam Hoor, who was born in 1961 in Malaysia, dropped out of school at the age of six owing to family hardships and started working as a hairdresser from a young age. She had an artistic side and used to make crafts from leftover leather to sell.

One of her favourite paintings is one with rows and rows of yellow flowers, which is on display at the exhibition.

“This one had a special place in her heart as she declined to take a photograph of it in Korea for memory’s sake, saying it was already etched in her mind. She later created this art work after flying back to Singapore and it remains testament to Annie’s wish that people appreciate and see the simple and best of everything in both life and art through her lens.”, says Ms Ong, who had gotten to know Madam Hoor closely over the last three months.

The exhibition marks the first such art showcase held under the A Good Day project, which has organised a book launch for a teenager and a glamping trip for a family on the father’s passing, among other things.