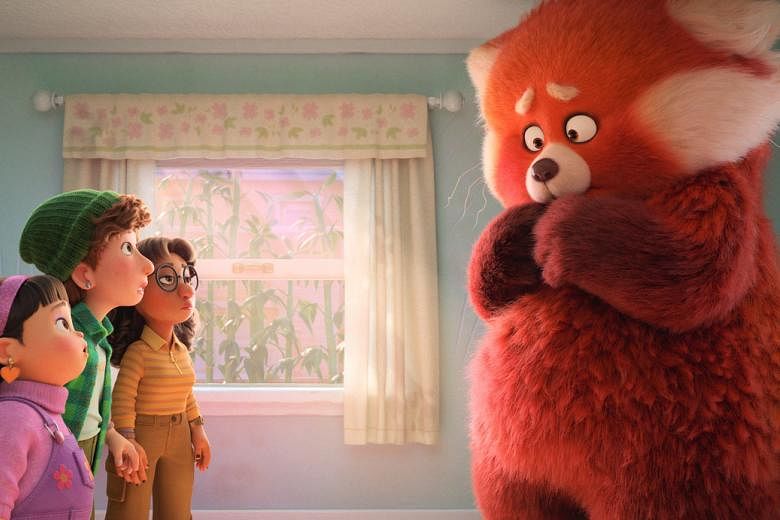 Teenage coming-of-age stories do not come much sweeter, or honour girlhood more, than this animated feature from Pixar.

In this tale of Mei Lee, a teen cursed – or perhaps blessed – with shape-shifting powers, the girls are never catty or form cliques. Their support for one another is unstinting.

Chinese-Canadian director and co-writer Domee Shi understands that while the teens might be boy-crazy, their crushes are confined to the realm of fantasy. The real boy himself is irrelevant; what is more important is the rich romantic lore they spin around the floppy-haired, baby-faced objects of their desire.

Mei Lee (voiced by Rosalie Chiang) is a 13-year-old high-achiever and the pride of her Chinese immigrant parents. In the Toronto of the early 2000s, Mei – with friends Miriam (Ava Morse), Abby (Hyein Park) and Priya (Maitreyi Ramakrishnan, star of Netflix comedy Never Have I Ever, 2020 to present ) do karaoke and dream about the boy band 4*Town.

Mei’s mother Ming (Korean-Canadian actress Sandra Oh) is no tiger mum. She expects her daughter to make the right choices, but never pressures her to succeed.

Most of all, Ming just wants to keep Mei safe. That drive becomes so intrusive it makes the girl the butt of school jokes. The shame Mei feels triggers a violent change in her body, magically transforming her into a giant red panda.