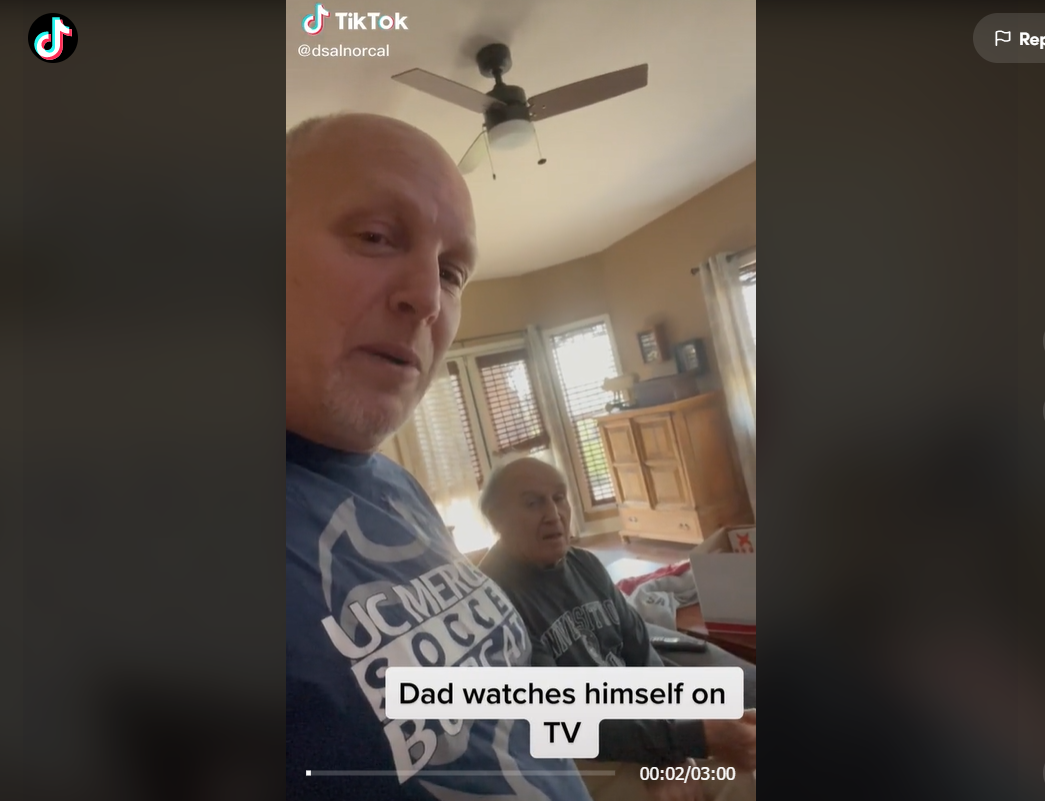 ELK GROVE, Calif. (KTXL) – A California man and his father are going viral on TikTok for raising awareness about dementia, and people around the world are applauding their efforts.

Ed Salinger and his son Dan have become a voice for those with dementia, or those providing at-home care to family members with dementia. The duo has already tallied over 5 million views on their videos.

Just over a year ago, Dan and his family welcomed Ed into their home when he began experience symptoms of dementia, including short-term memory loss. Dan, meanwhile, had started a TikTok account, at first to showcase poetry and share videos of his family. Then a video of Ed went viral.

“We had no idea it would get this big,” Dan told Nexstar’s KTXL.

The duo racked up millions of views on their videos, which depicted their daily engagements. They keep the content mostly light-hearted, but it’s not all easy.

“Behind the scenes is hard,” Dan explained. “But that’s just the truth of the disease.”

With nearly 6 million people in the U.S. suffering from Alzheimer’s Disease and related dementias, according to the Centers of Disease Control and Prevention, Dan said he’s happy with anything he and his dad can do to help.

“I’ve learned a lot — tone, sounds of voice, turning him back around when he’s confused,” Dan said. “It’s helped, actually brought us together, camaraderie and attention. It’s just something you live with every day.”

March 26 will mark Ed’s 90th birthday. Dan put out a TikTok and got back an overwhelming amount of letters in support.