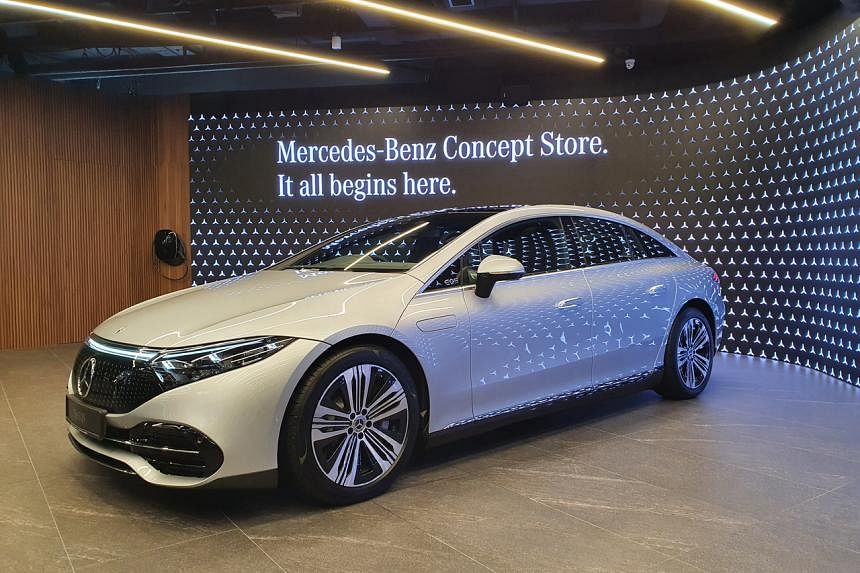 The most luxurious and aerodynamic electric car is here. The Mercedes-Benz EQS – a battery-powered variant of Mercedes’ flagship S-class saloon – can be viewed at the brand’s first concept store here at Great World mall.

Boasting the room of a long-wheelbased S-class, a drag-coefficient of 0.2 and a range exceeding 700km, the EQS will be officially launched in late June.

Its price is expected to be comparable with conventional S-class equivalents, thanks partly to its top-tier A1 emission-based tax-rebate banding – a first for an electric car of its size and performance.

The EQS will be followed by three other electric Mercs this year – the EQB compact multi-seater, the EQE executive saloon and the EQV full-size multi-purpose vehicle. A multi-seat EQS sport utility vehicle may arrive as early as 2023.

Nissan to roll out price-competitive solid-state batteries from 2028

Nissan has unveiled its prototype production facility for laminated solid-state battery cells, which the company aims to bring to market in 2028.

The facility, located within the Nissan Research Centre in Japan’s Kanagawa prefecture, aims to further promote the development of all-solid-state batteries.

Nissan aims to establish a pilot production line at its Yokohama plant in fiscal 2024. The company expects that the cost of solid-state batteries can be reduced to US$75/kWh (S$101/kWh) in fiscal 2028 and US$65/kWh thereafter, placing electric vehicles at the same cost level as petrol-powered ones.