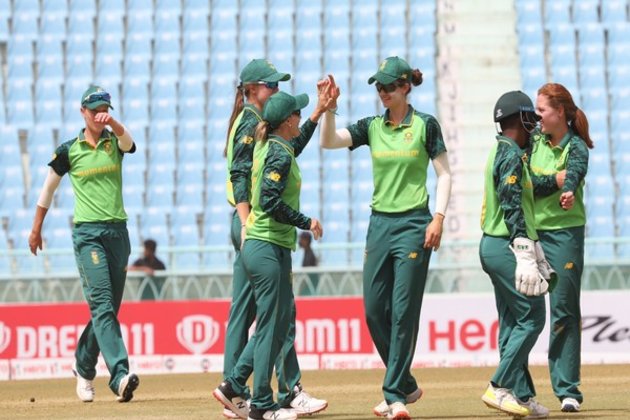 Sune Luus wants South Africa to remain focused on the goal as the team gears up for the showpiece event which gets underway next month in New Zealand.

“The most important part for us is to not focus too much on our opposition. Every match will be played like a final, therefore it is imperative that we only focus on what we do best and what we can control. In our previous series, this is what worked best for us,” Sune Luus wrote in an ICC column.

“We tried to do the basics as best as we could, and the result took care of itself. It is so easy to get caught up in the hype and excitement of a World Cup, but it is going to be important for us to stay in our little bubble and be focused on our goal,” she added.

The South Africa all-rounder also hopes that the Proteas reach the final of the World Cup this year since the side has been performing well in the bilateral series.

“In the past, we have always been seen as the underdogs, but I think we have shown in the past few years that we are a team to be reckoned with,” said Luus.

“We have shown consistent performances in difficult countries like India and the West Indies. We as a team also had a great T20 World Cup two years ago In Australia and turned some heads.

“I hope that we do the same this year, and hopefully reach that final that we’ve been missing out on, on three different occasions,” she added.

The winners of the ICC Women’s Cricket World Cup 2022 will take home USD 1.32 million in prize money, double the amount awarded to the 2017 victors.

The runners-up of the tournament, which takes place in New Zealand from March 4 to April 3, will earn USD 600,000 – an increase of USD 270,000 from when India finished runners-up to England last time.

In the upcoming World Cup, every team will play each other once in the round-robin group stage, with the 28 games played across six host cities in New Zealand. (ANI)