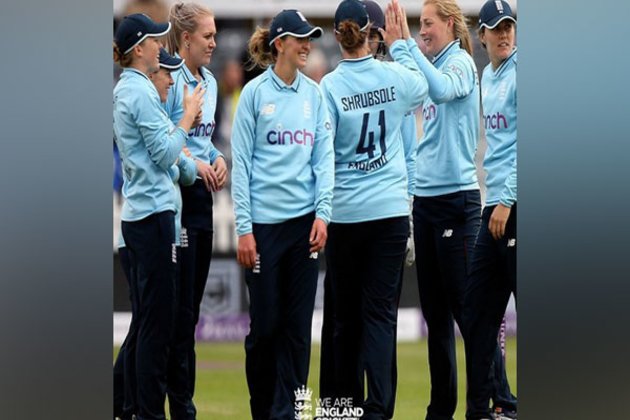 London [UK], February 15 (ANI): England Women will host South Africa and India in the summer of 2022, with visits to Lord’s and the Riverside Ground, the England and Wales Cricket Board (ECB) confirmed on Tuesday.

South Africa will be the first visitors from June-July, competing in a multi-format series that takes in a Test match, three ODIs and three T20Is.

After the Commonwealth Games and The Hundred, India will be the opponents for three T20Is and three ODIs, with the summer culminating in an ODI at Lord’s on Saturday, September 24.

“We’re absolutely thrilled to have scheduled two series against two of the best teams in the world, in what is destined to be another hugely exciting year for the women’s game,” Managing Director of Women’s Cricket, Clare Connor said in a statement.

“It’s fantastic that we’ve been able to include Lord’s and the Riverside Ground as venues for two of this year’s fixtures. They will be exciting events for the women’s game as we continue to try and take our game to as many fans as possible,” she added.

“With the second year of The Hundred and the unique opportunity of the Commonwealth Games on home soil, we’re really looking forward to what 2022 will bring for women’s cricket,” she added.