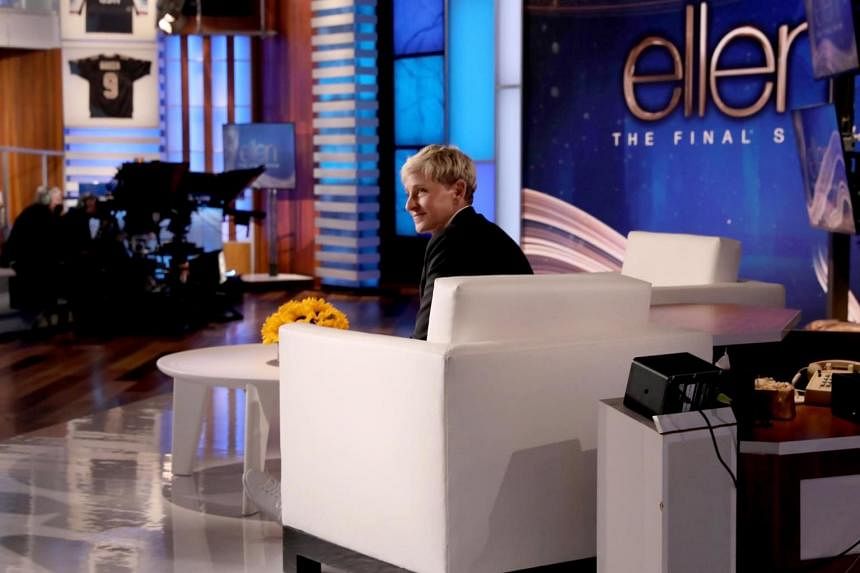 LOS ANGELES (AFP) – For nearly two decades, The Ellen DeGeneres Show and its openly lesbian host have beamed into homes across America, busting stereotypes and charming daytime TV audiences with a feel-good blend of quirky comedy and celebrity.

After more than 3,000 episodes, a talk show that came to rival even Oprah Winfrey’s in terms of its cultural impact bowed out Thursday (May 26).

For 19 seasons, Hollywood A-listers and pop stars jostled for seats on DeGeneres’ couch, where they were invited to promote their latest projects, and never put through more than a gentle ribbing.

Some appeared more than a dozen times – Jennifer Aniston, the show’s first-ever guest, was back on Thursday’s edition, her 20th appearance on the show to bookend its run.

Before singer Pink came on as the final guest, DeGeneres welcomed pop star Billie Eilish, who noted that the show had been part of the cultural landscape for almost as long as she has been alive.

“You started this show the year after I was born,” said Eilish.

“This was in my house constantly. Every day, I would walk into the kitchen and my mom would be watching you.”

But rumours that life was less rosy backstage came to a head with a 2020 Buzzfeed expose alleging a “toxic work culture” including sexual harassment, bullying and racism.

Three senior producers were fired, while DeGeneres was accused of failing to mind her shop – and of being less affable with employees in private than her cheery public persona would imply.

Last May, DeGeneres announced the show would end after its 19th season, but denied it was due to the workplace claims.

“I need something new to challenge me,” she told The Hollywood Reporter.