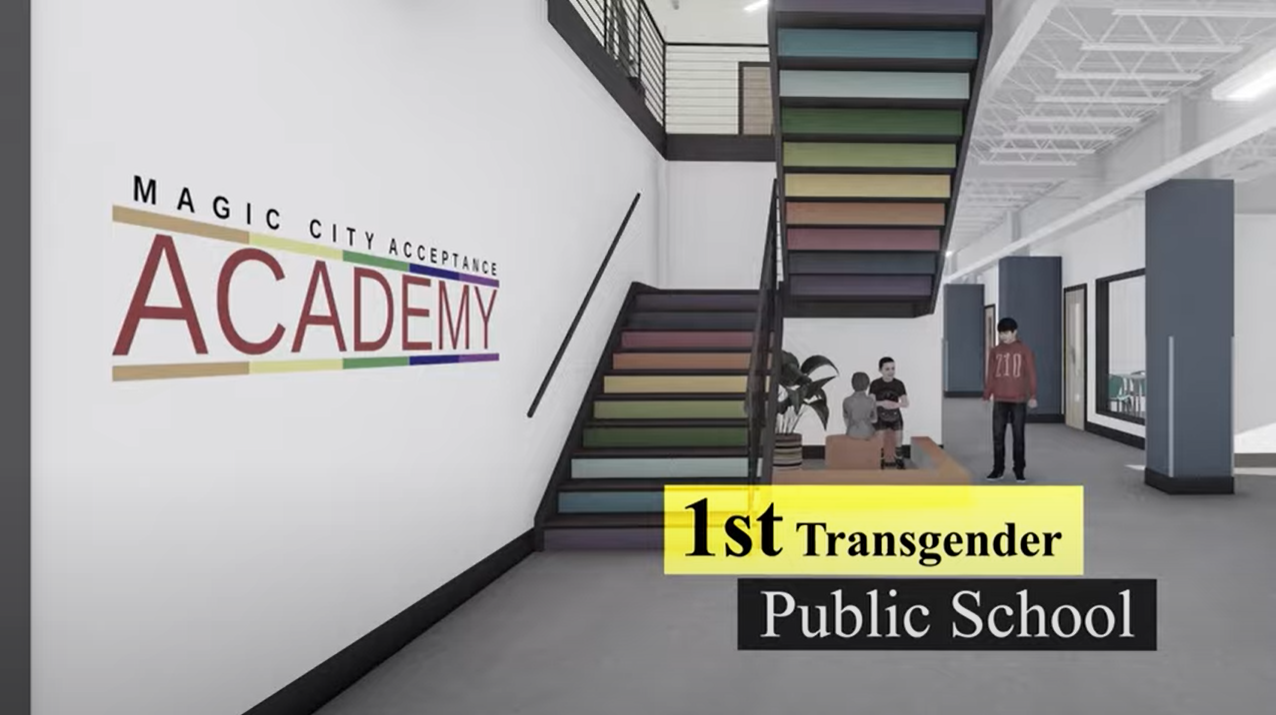 BIRMINGHAM, Ala. (WIAT) — The principal of Magic City Acceptance Academy is fighting back against what he calls a “disgusting” television advertisement by Tim James, a Republican candidate for Alabama governor.

Michael Wilson, the founding principal of Magic City Acceptance Academy, said he was shocked when he saw the ad, which uses images from a school fundraiser showing the faces of staff and students. The photos were likely lifted from the school’s social media site, he said.

The initial advertisement, titled “Genesis,” shows images of the school and of a drag show fundraiser as James’ voice denounces the institution.

“And now, right here in Alabama, millions of your tax dollars are paying for the first transgender public school in the South,” James said in the ad. “Enough of this foolishness.”

The public charter school, which labels itself as an LGBTQ-affirming learning environment, opened last year and serves students from all backgrounds. Transgender students make up less than 10% of the school’s student population, Wilson said, and the majority of pupils at MCAA are not members of the LGBTQ community.

“I just could not believe that someone would use a school and misrepresent it,” Wilson said.

After the advertisement was released, the school immediately increased security to protect its student population. The decision turned out to be a prudent one.

The first week the ad ran, Wilson said someone drove by the school and yelled slurs at students standing outside. In another incident, a woman attempted to approach and film students on the school’s campus before being stopped by staff.

The ad has had negative impacts on students, Wilson said. The school has partnered with the Magic City Wellness Center to provide counseling for those who need it.

He said he has also spoken directly to some of the individuals pictured in the advertisement.

“They’re angry,” Wilson said. “They’re angry, and they have a right to be. What he’s doing and what others are doing in the way they’re campaigning is pushing voters away instead of bringing them in. It’s absolutely disgusting the angry nature of nearly every candidate’s commercials.”

Wilson said he believes that ads like James’ fuel hatred in the community and could, in some case, inspire violence.

“Ads like that one and the one against our immigrant populations — all of those ads — they empower and embolden people who still have a lot of hate and bigotry in their hearts to take action sometimes,” he said.

A parent of one of the students pictured in James’ ad sent the campaign a cease-and-desist letter, Wilson said. The campaign edited the photo to exclude only the child in question, Wilson claimed, leaving others visible.

The James campaign said they did not receive a letter, only an e-mail from a parent. The campaign “obscured the student from the ad” in response but has continued to air it, Elizabeth Jordan, communications director for the campaign, said in a statement. If the parent were “truly concerned about her child,” the campaign said, “she would remove her from the Magic City Acceptance Academy period.”

In a statement released to media outlets regarding the original ad, Tim James’ campaign doubled down on its claims.

“The principal said that the TV ad scared the children,” the statement said. “What should scare mothers and fathers of these children is what the faculty is doing by presenting this ungodly display through the drag show to which the children were subjected.”

Wilson said no students were “subjected” to the drag show, but that it was their idea.

No matter the political climate, Wilson said that Magic City Acceptance Academy will stand by its mission.

“We’re an educational space for all students,” he said. “We’re built on pillars of trauma-informed care because most of our kids have faced marginalization of some kind — because they’re LGBTQ, because of color, because of the level of poverty… We’re the space where we hopefully break down barriers so that kids can continue to learn and continue to grow and eventually become the adults that they want to be.”