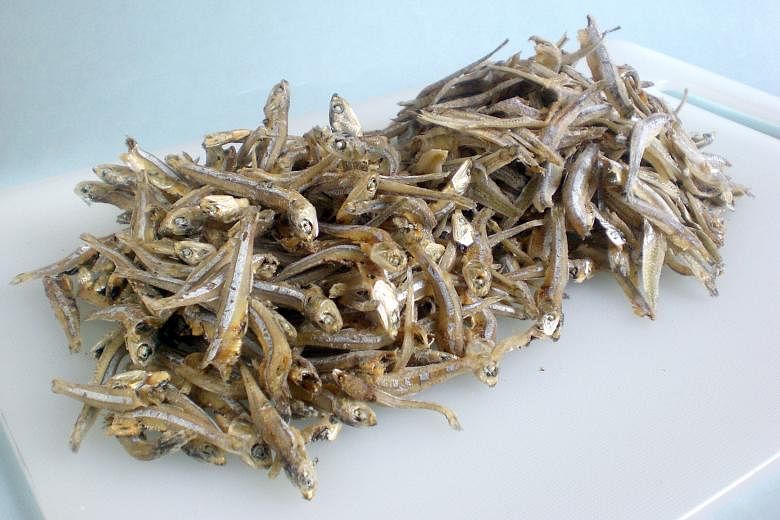 SINGAPORE – With all this excitement going on in the world, you might have missed the controversy going on right now about ikan bilis.

Before I give my report from the front lines of the battle, some background.

Members of the fish family Engraulidae, also known as the anchovy, are vital to cultures across Asia.

In Indochina, mountains of them ferment in vats, then pressed to extract fish sauce. People say that the first human to eat an oyster was brave, but I contend that the first Vietnamese or Cambodian to look at the juice leaking from rotting fish and say, “Smells awful, but I bet it tastes good”, was braver.

From Japan to Indonesia, a robust seafood soup begins with a dried anchovy stock.

A friend sneaks an ikan bilis stock cube from a famous brand into curries. It was something that was done in her family. Everyone’s family has a secret like that – a twist that turns the commonplace into something that defines the family as much as eye shape or weak arches.

A teaspoon of fish stock powder – I call it fish power – in a bolognese sauce deepens the flavour without making it obviously fishy.

So ubiquitous is the anchovy that people who say they hate the taste of fish probably down several kilos of it a year without suspecting a thing.

It’s there, working silently in the background of many things we find scrumptious, but it never calls attention to itself.

Guests might ooh and ahh at the shark fin and sea cucumber broth before them, but the cooks know that if menus were honest, the dish would be labelled Expensive Gelatinous Things In Anchovy Water.

Sometimes, though, they pop into the foreground.

The fish are seen whole and intact in a Korean banchan, or side dish. In our part of the world, the salty little critters are the backbone of any good carb-based meal – fried till crispy, they elevate nasi goreng. Nasi lemak without them is just oily rice.