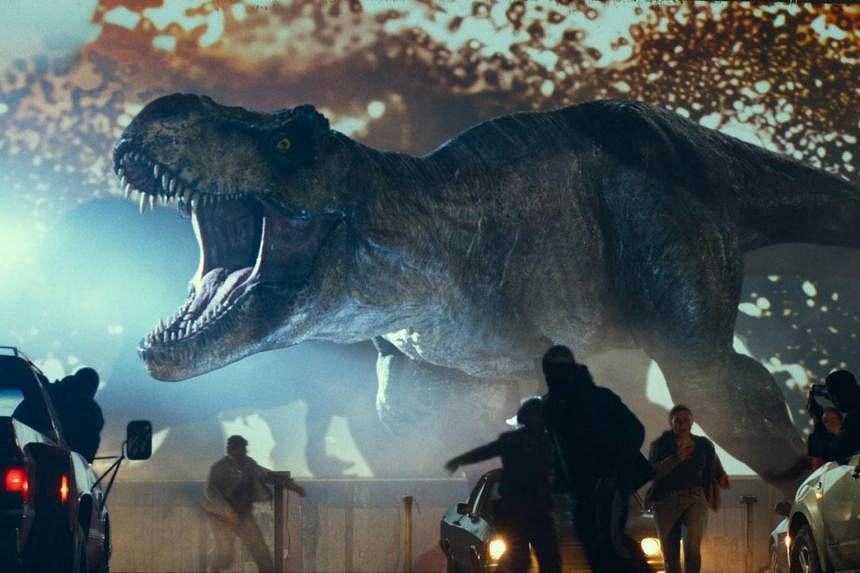 SINGAPORE – Dinosaurs are finally free to roam in the movie Jurassic World Dominion.

At the climax of the previous film, dinosaurs escape a private estate in California, spreading across the planet.

“Dinosaurs have proliferated. They aren’t relegated to an island. They are in various parts of the world and we follow those storylines,” says Pratt, 42.

It has been almost three decades since the release of the first movie, Jurassic Park (1993), which spawned two sequels – in 1997 and 2001. The latest film is the sixth movie in the overall franchise and the final film in the Jurassic World trilogy, so it is fitting that it goes back to the franchise’s roots by taking on corporate greed, he says.

At an online press event, Pratt says: “It’s more global. There are new ways that corporations try to manipulate or exploit genetic power to fill their bank accounts. It’s a cautionary tale that’s a parallel to what we’re seeing today.”

Co-star Bryce Dallas Howard, who plays corporate executive Claire Dearing in the trilogy, remembers just how ground-breaking Jurassic Park was when it came out. Howard, 41, is the daughter of respected film-maker Ron Howard.

At first, as a 12-year-old, she was not taken along when her father went to the cinema to see the PG13-rated film, which contains scenes of dinosaurs attacking children. Returning from the trip, her father told her the film was so epoch-making that she should be allowed to watch it.

From the time she was five, she had visited her father’s sets and was somewhat blase about special effects. Nothing prepared her for the film, she says.

“I remember being blown away and got quite emotional and I knew what my dad said was real. He said, ‘Movies have changed forever,'” she adds.

Speaking at another online conference, American director Colin Trevorrow says with dinosaurs walking in people’s midst, he has to do something seen in no other Jurassic film. Trevorrow, 45, had directed the first film in the Jurassic World trilogy and co-wrote the second.