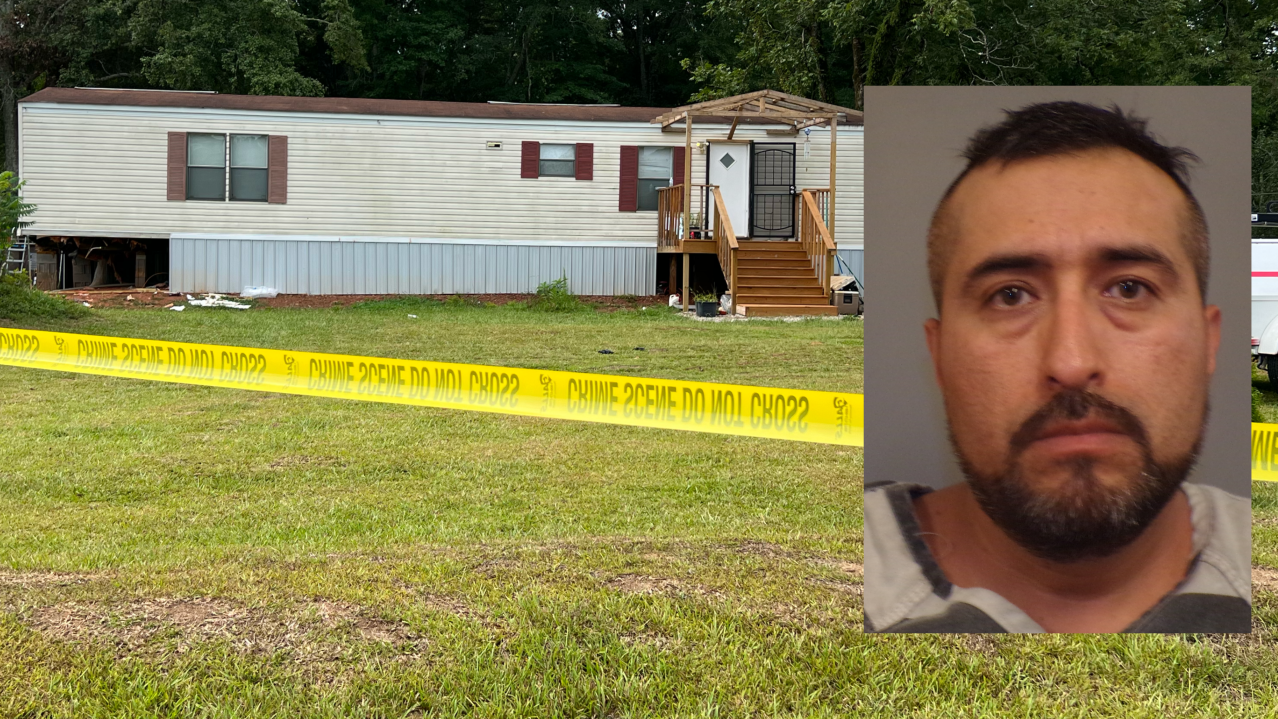 Editor’s Note: News 19 is withholding the girlfriend’s name to try to protect her 12-year-old daughter’s identity.

DADEVILLE, Ala. (WRBL) –  Horrific details continue unfolding in a real-life house of horrors investigation involving a boyfriend suspected of killing and dismembering his girlfriend and her son while holding her daughter hostage for more than a week before she escaped.

According to arrest warrants obtained by WRBL on Wednesday, investigators believe on July 24th, Reyes intentionally caused the death of his girlfriend by smothering her with a pillow. Reyes is also charged with killing his girlfriend’s son who is under the age of 14, by striking him with his hands and feet. The boy’s full name has not been released.

Reyes is also charged with two counts of Abuse of a Corpse. According to the arrest warrants, investigators believe Reyes dismembered his girlfriend and her young son by cutting the bodies up into small pieces at the joints to hide evidence.

Investigators believe Reyes then held his girlfriend’s 12-year-old daughter hostage inside his mobile home along CR 34 in Dadeville. Detectives believe the girl was restrained to bed posts for about a week and given alcohol and drugs to keep her in an altered state. However, on Monday, August 1, the child escaped by chewing out of her restraints and walked away from the mobile home while Reyes was at work on a construction site in Auburn.

Investigators say the child was spotted by a passerby as she was walking away from the mobile home. The motorist, who is being called a guardian angel, stayed with the girl and called 911. Deputies arrived and the child received medical attention.  Court documents indicate deputies observed marks on the victim’s wrist indicative of being restrained. Detectives say the braces on her teeth were broken during the process of chewing her way through the restraints.  Multiple law enforcement agencies then began an investigation at the mobile home. That’s when the dismembered bodies of his girlfriend and her son were located.

Reyes was located Monday in the Auburn area by U.S. Marshals and taken into custody. He was initially charged with Kidnapping, followed by multiple counts of Capital Murder, and Abuse of a Corpse. Reyes remains behind bars at the Tallapoosa County Detention Center on no bond. He is slated to have his first court appearance sometime Wednesday.

Meanwhile, the 12-year-old survivor is being praised by law enforcement for her strength and perseverance. Sheriff Abbett says she has received medical attention and is in a protective, safe environment. He says multiple agencies have come forward to help her.

The investigation is ongoing. The FBI, Department of Homeland Security, and other agencies are assisting.