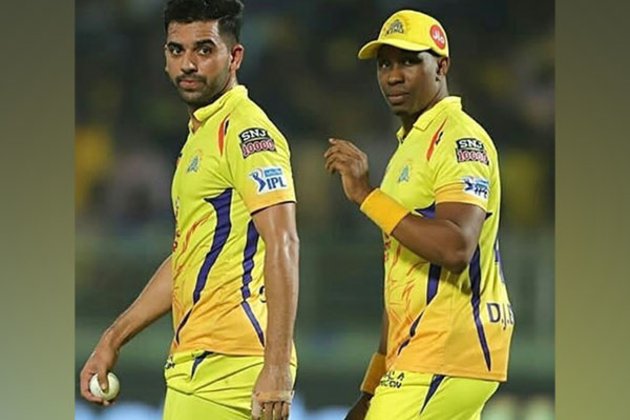 Mumbai (Maharashtra) [India], April 15 (ANI): Chennai Super Kings pacer Deepak Chahar has been ruled out of the ongoing season of the Indian Premier League (IPL) after he suffered a back injury during his rehabilitation at the National Cricket Academy.

The 29-year-old pacer was under rehab to recover from quadriceps and later injured his back. He had sustained the injury while playing for India in a T20I match against West Indies in February.

On the other hand, Kolkata Knight Riders (KKR) have signed fast bowler Harshit Rana as a replacement for pacer Rasikh Salam for the rest of the IPL 2022 season.

“Salam, who played 2 games for KKR this season, has been ruled out owing to a lower back injury and will take no further part in the tournament. His replacement, Harshit Rana, from Delhi will join KKR at his base price of Rs 20 Lakh,” stated an official IPL release.

Chennai Super Kings have won one match out of their five outings in IPL 2022 so far, while KKR have claimed victory in three matches. (ANI)