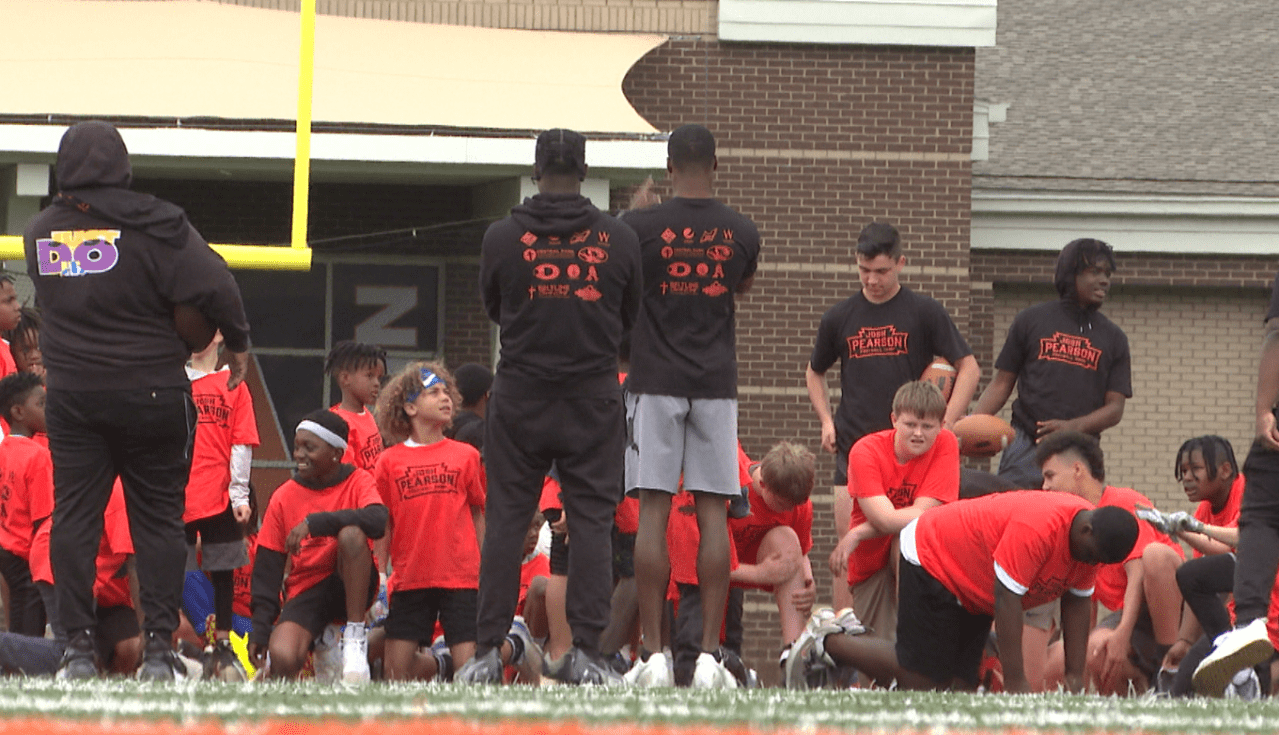 DECATUR, Ala. (WHNT) – Before going on to play football at Jacksonville State and eventually becoming a Super Bowl champion, Josh Pearson grew up in Decatur, Ala. where he took the field for the Austin Black Bears.

Now, Pearson does anything he can to try and give back to the community that raised him. The former Tampa Bay Buccaneer hosted his second annual youth football camp in Decatur on Saturday.


1 Dead, 2 injured at shooting in Toney

Pearson has played in the NFL and is now heading to Canada to play for the BC Lions in the Canadian Football League, so this gives young players in North Alabama the chance to learn from a professional wide receiver who’s still navigating his way through the pros.

Pearson says when he was growing up he didn’t have a lot of professional players from his area to look up to, so he hopes he can be that role model for kids today who have dreams of playing professional football.

“I just love giving back and I like the put smiles on the kids faces,” Pearson said. “I’m trying to make this an annual thing no matter what team I’m on whether I’m with Canada or in the NFL. I just want to give back to the community no matter where I’m at.”

Pearson is hosting a free “Sunday Funday” at Rhodes Ferry Park in Decatur on Sunday, May 8 from 2 p.m. to 5 p.m. There will be inflatables, games and much more. For more information on the event, you can contact (256) 345-0629.