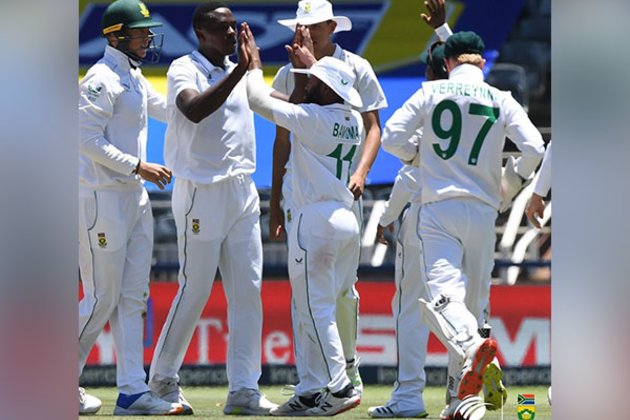 Elgar played a captain’s knock scoring an unbeaten 96 to take the hosts to a 7-wicket win levelling the 3-match series 1-1 against India.

“I don’t know what’s the right or wrong way in winning a cricket match, but it’s all about doing the basics right. We ticked a lot of boxes right to make it 1-1,” said Elgar in the post-match press conference.

“We now go to Cape Town with plenty of confidence – it wasn’t easy, the batters were determined. but credit to our bowlers, the effort they put in was very impressive,” he added.

Skipper Elgar notched up a gritty half-century with a boundary. He along with Rassie van der Dussen struck a fifty-run partnership and also took the team’s total beyond the 140-run mark which meant that the hosts needed less than 100 runs to win with 8 wickets in hand.

The South Africa skipper was happy with the batting performance and he feels the hosts have found the right combination ahead of the third Test.

“When you perform like this over the period of four days, it does make you forget the pain in doing so. A lot of test for our batters, we have struggled to find the right batting line-up, find the people for the right roles, entrust the people into their roles and to bat in such a way in not so easy conditions pleases you a lot,” said Elgar.

India and South Africa will now lock horns in the third Test from January 11.

“Not exactly sure what will happen in CT, played a domestic game there, interesting to see what kind of a surface they’ll give us. 1-1, South Africa v India, going into the final Test all square, we couldn’t have written a better script,” Elgar concluded. (ANI)