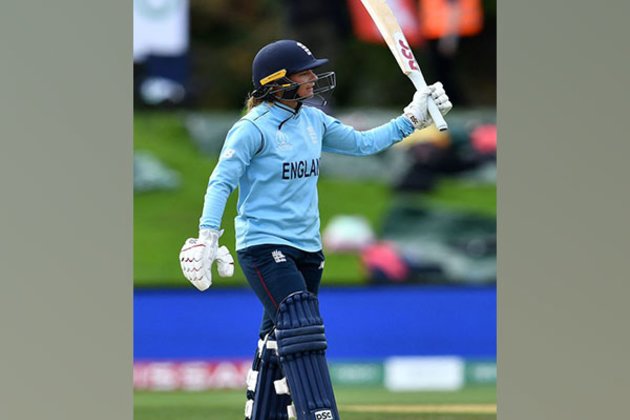 London [UK], July 25 (ANI): England batting-all rounder Danni Wyatt has admitted that the opportunity to compete in the cricket tournament during the Commonwealth Games 2022 is a ‘dream come true’.

England women are currently playing a multi-format series against South Africa at home. They are having a great run in the series. After drawing the only Test match, they took the ODI and T20I series winning all three ODIs and two T20I matches. There is still one T20I game left, which will be played on Monday here at County Ground in Derby.

The English team also has its eye on the Commonwealth Games, which will start from July 28 onwards and will also feature a cricket tournament. It will feature eight teams, namely Australia, Barbados, England, India, Pakistan, Sri Lanka, New Zealand and South Africa.

“We are all really, really excited for it. Everyone that is here deserves to be playing for England. It is definitely a good sign for the future of the Commonwealth Games,” she added.

England had won the previous T20 game against South Africa by six wickets. England chased down the target of 149 runs given by South Africa. Wyatt shined for her side in the match, scoring 39 runs off 24 balls.

England has named a 15-player squad for Commonwealth Games.

Teenagers Alice Capsey and Freya Kemp are a part of the youthful-looking T20 squad, with experienced opener Tammy Beaumont being a notable omission from it.