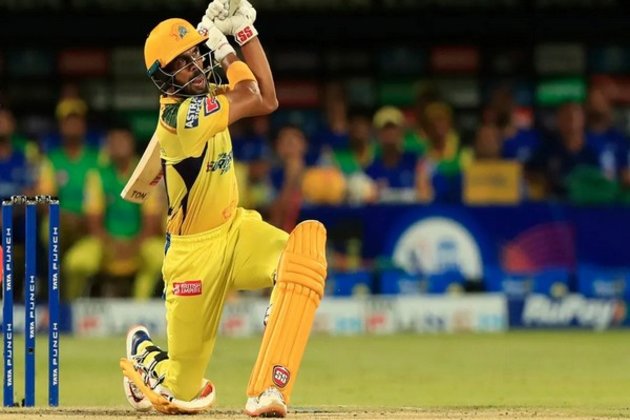 Pune (Maharashtra) [India], May 2 (ANI): Chennai Super Kings star opening batter Ruturaj Gaikwad doesn’t believe in being in form and reckons that one had to start every game from zero.

Gaikwad, who struggled throughout the first eight games of IPL 2022, was at his best on Sunday as he powered six sixes and as many fours before missing out on a well-deserved century against SunRisers Hyderabad. He scored 99 off 57 and stitched a 182-run partnership with Devon Conway which is now CSK’s highest opening stand in IPL history.

CSK were back to winning ways in the Indian Premier League (IPL) 2022 after registering a victory against SRH by 13 runs at the Maharashtra Cricket Association Stadium in Pune.

Ruturaj Gaikwad (99) and Devon Conway (85) starred in CSK’s 13-run victory after the duo stitched a glorious match-winning partnership to take CSK to 202/2 in the first innings.

Player of the Match, Ruturaj in the post-match presentation said: “Felt good and it has come in a winning way, this knock feels more special. There will be times where you will get one or two good deliveries and you will be unlucky here and there, with the kind of support staff you have and all the people around, you have that backing and confidence with you going.””Personally I do not like to believe in form, irrespective of what you scored in the last game you have to start from zero. I believe in starting from zero every game and that is what has helped. I like to play more pace as it brings the best out of me. Not many bowlers who bowl that fast and that short, so whenever they bowl short in the first few balls, obviously I have the upper hand in the last few balls,” he said.

“Lot of thought process in it. I was telling him (Conway) to take his time. I have played here as this is my home ground, I know this wicket and I was just chatting with him to keep going,” he added.