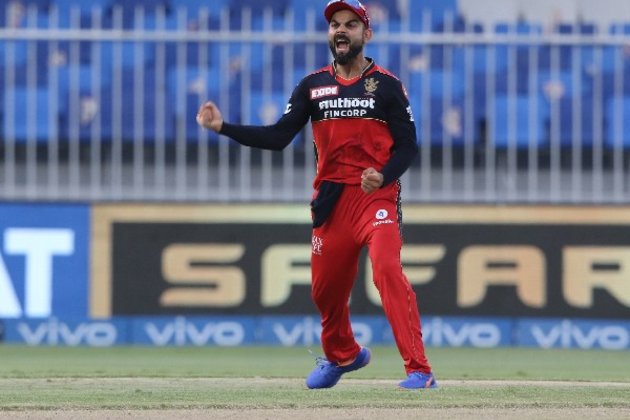 Bengaluru (Karnataka) [India], March 12 (ANI): Former Royal Challengers Bangalore captain Virat Kohli is happy and excited to pass on the baton to Faf du Plessis after the former South Africa skipper was named as the new captain of the franchise ahead of the Indian Premier League 2022.

“First and foremost the most important news is that Faf is going to be the captain of RCB and I couldn’t be happier to pass on the baton to a good friend. Someone that I have known well over the years. We have been in touch for many years now and he is one of the few guys I have known apart from cricket and we get along really well. So, absolutely excited for him to lead RCB. To lead this amazing franchise and to play under him,” said Kohli on Twitter.

In IPL 2022 mega auction, he was bought by the Bangalore franchise for Rs 7 crore. The South African has the opportunity to be the first captain to win an IPL trophy for RCB as they have made it to the finals thrice in 2009, 2011 and 2016 editions but have failed to win the title.

“The partnership with Faf is going to be an exciting one for RCB fans along with Maxi (Maxwell) as well and the core group that we retained and also the squad that we put together this year I think is pretty amazing. The team looks balanced and pretty strong and I can’t wait to get started and to catch up with Faf and the rest of the boys as well and really looking forward to this season. I am very excited and as I said renewed energy and it is going to be an amazing season to be a part of. Cheers and see you soon,” said Kohli.

With the change in leadership, all are waiting for a change of fortunes for RCB. The South African has scored 2935 runs in the IPL during his time with Chennai Super Kings and Rising Pune Supergiants.

“We are going to start our season pretty soon. Something which I am very excited about. As I said renewed energy. Really looking forward to this season,” Kohli added.

The right-handed batter had stepped down from the top job after the end of the second phase of IPL 2021. He had made the announcement a few days after stepping down as the T20I captain. Under him, RCB struggled in a few seasons and registered 64 wins in 140 matches. (ANI)