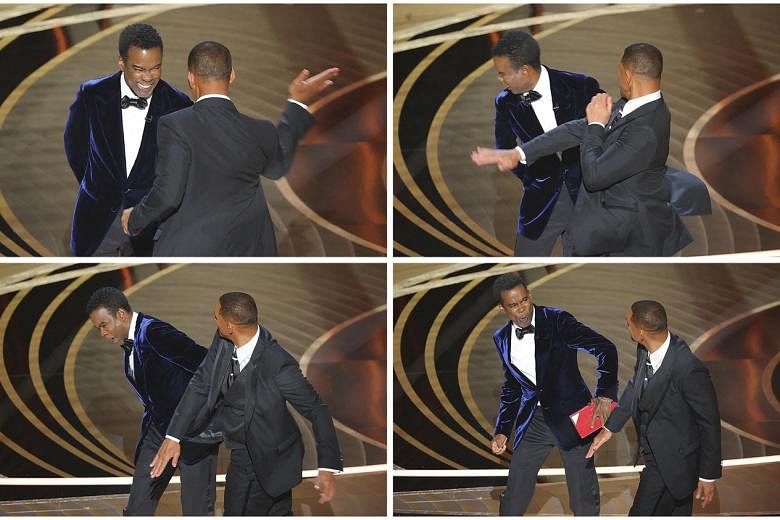 LOS ANGELES (AFP, REUTERS) – American comedian Chris Rock’s professionalism after being assaulted by actor Will Smith on live television was what allowed the Oscars to go on, the show’s producer said in comments broadcast on Friday (April 1).

Rock, 57, was able to continue to present an award just moments after Smith, 53, rushed on stage and slapped him across the face over a joke about the actor’s wife.

“Because Chris handled the moment with such grace and aplomb – it allowed the show to continue,” producer Will Packer told ABC television.

“Because Chris continued the way that he did, he completed the category. He handed the trophy to (Best Documentary winner) Questlove… it gave us licence in a way to continue the show, which is what we were trying to do.”

The actress suffers from alopecia, a condition that causes hair to fall out.

After hitting Rock, Smith returned to his seat and shouted obscenities.

There have been conflicting reports in recent days over whether Smith was asked to leave the ceremony, with the Academy of Motion Picture Arts and Sciences – the body that awards Oscars – saying he refused to go.

But Packer said he had counselled against ejecting the actor after speaking to Rock as he walked off stage.

“I said: ‘Did he really hit you?’ And he looked at me and he goes: ‘Yes. I just took a punch from Muhammad Ali,'” Packer said.